Italy & Spain call a Truce in their Opening Game 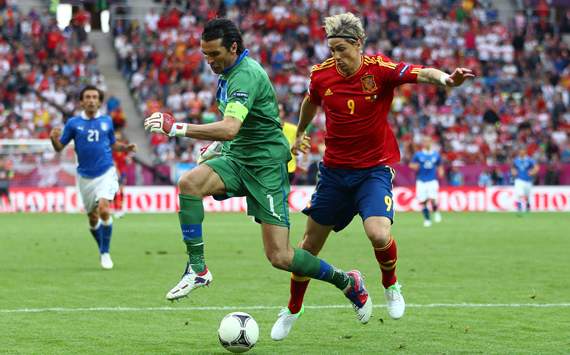 The Group C opening war between the Azzuri and the Spanish Matador ended in a truce after both scored ending the game with a truce. Antonio Di Natale’s strike Cesc Gabregas the Barcelona midfielder replied immediately to earn La Furia Roja a valuable point in the opening match of Group C. The game was full of attacks from both sides with both loosing the chance to find the back of the net.

Mario Balotelli and Fernando Torres both wasted golden opportunities infront of the goal leaving the game to end in a some how convincing 1-1 draw, before the Irish face the Croatians in the second half of the Group.

Newer Post Madonna flashes her Boob in Turkey!!??
Older PostEURO 2012 Sexy Football Wives and Girlfriends: Who is the Hottest?