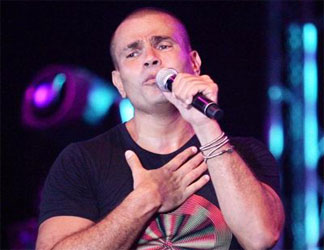 53 students were injured last night at an Amr Diab concert at the Future University in Egypt after a stadium stand collapsed.

30 ambulances arrived at the scene of the accident and the injured were rushed to the Ahly Bank Hospital, sources say. Investigations show that the collapse was due to an excess number of students on stage.

The doctors report that Amr Diab will bear the expense of treating the victims’ bruises and fractures.