Ignite The Night Lebanon: To Do List July 21st-25th

This summer has been a non-stop party and it doesn’t seem to be slowing down. This week get ready for amazing DJ’s, day time parties and best of all the biggest concert event of the year (The NRJ Music Tour 2011). Here is a list of events you can’t miss this week! 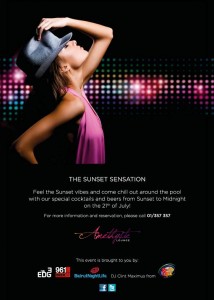 The Sunset Sensation at Amethyste July 21st: When the sun goes down the party will start at Amethyste. An event brought to you by The Edge, 961 Beer, BeirutNightLife with Radio One bringing over DJ Clint Maximus to spin while guests chill around the pool enjoying cocktail and beer specials. 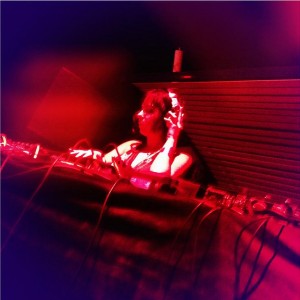 Mayaline Hage Live at Amethyste July 22nd: Mayaline Hage, alias “MYLI” was introduced to music at a young age. She explains she was brought to life by words and music at the age of 7. Once she gained enough knowledge to choose her own path she took upon the role of a DJ. Being one part of the band LUMI, Mayaline Hage has had the opportunity to tour around the globe. Recently DJing for events hosted by famed fashion designers Rabih Kayrouz and Elie Saab Mayaline Hage is keeping her name fresh in people minds. Catch her EVERY Wednesday and Friday at the Amethyste Lounge at the Phoenicia Hotel Beirut. See you there! 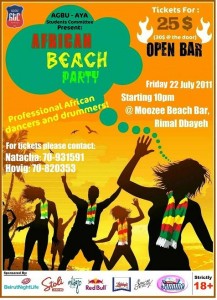 African Beach Party at Moozee July 22nd: The Moozee Beach Bar, Rimal is hosting a beach party that will include an OPEN BAR in a relaxing outdoor setting. Entertainment will include professional African Dancers and Drummers that will heat up the coast. Let’s see if they can compete with us Lebanese dancers. 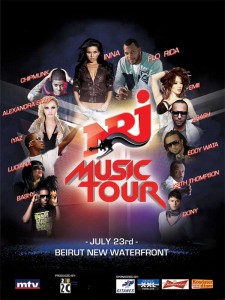 NRJ Music Tour 2011 at Beirut New Waterfront July 23rd: After the huge success of last years NRJ Music Tour, NRJ Radio Lebanon is doing it again! This year the show will be bigger and better then ever. Beirut will be the meeting point of the most successful stars of 2011. The one night concert event will include performances by Chipmunk, Inna, Flo Rida, Emii, Arash, Eddy Wata, Dony, Bashy, Luciana, Iyaz, Alexandra Stan with host Keith Thompson. Tickets available at all Virgin Megastore box offices.

After the biggest concert event of the year head over to Pier 7 for the after party! Party will feature dual Performances by Flo Rida & Alexandra Stan. The one and only Flo Rida, winner of NRJ’s Hit of The Year “Club Can’t Handle Me” and People’s Choice Award for Hip-Hop Song “Low”, with Top Chart fixture thanks to the blockbuster singles “Right Round” and his most recent Top 10 hit, the David Guetta produced “Club Can’t Handle Me”,will unite thousands of fans live at Pier 7. Accompanying Flo Rida will be 22-year-old music candy girl Alexandra Stan. Await the presence of “Lollipop” mistress to reveal the mystery behind “Mr. Sexobeat”, the no.1 hit with first places in the international music tops held for three weeks. Make sure to be there and witness Alexandra Stan as she whips the stage at Pier 7. 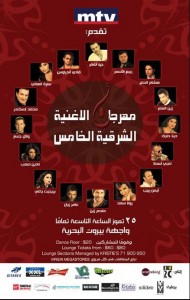