How to Spend 48 Hours in Lebanon 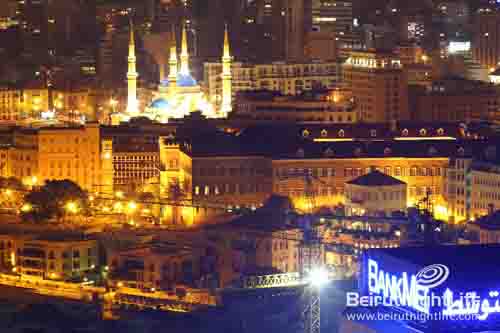 BEIRUT — The sparkling Mediterranean beckons as you touch down at Beirut airport. Pulsating lights from nightclubs give the capital a joyous, constant rhythm. Glamorous people drive fancy cars.

That was Lebanon during the free-wheeling 1960s when Marlon Brando and Brigitte Bardot used to stop by at the Saint Georges yacht club.

Lebanon is reliving that glamour in 2010, trying to shed a past marred by civil wars, assassinations and conflict with Israel.

While fears of war with its southern neighbour Israel are always simmering, for now the tiny country is trying to make the most of this window of peace.

Once-warring politicians have put aside their sectarian differences to work together to change the image of Lebanon into one of a country of prosperity and tolerance.

Reuters correspondents with local knowledge help visitors get the most out of a 48-hour visit. Western passport holders can get a visa at the airport, but make sure you don’t have any stamps from Israel, still in a formal state of war with Lebanon.

2 p.m. – Drop your bags and head downtown where the Ottoman-era Grand Serail governmental palace stands regally on a hill top. To get an idea of Lebanon’s diverse religious demographics, stop by the St. George Maronite cathedral right next to the blue-domed Mohammed al-Amin mosque. Explore the parking lot-turned-mausoleum in Martyr’s Square where assassinated former Prime Minister Rafik al-Hariri is laid to rest. Hariri and 22 others were killed in 2005, sparking four years of political turbulence in Lebanon.

Walk along the boulevards lined with cafes and smoke a narguileh — a flavoured waterpipe — as you watch locals and tourists flock to designer stores. If you’re still feeling energetic, head westwards towards the corniche where you’ll see a stark remnant of the 1975-90 civil war, the bombed-out Holiday Inn. Continue on to Hamra and explore its artsy street cafes.