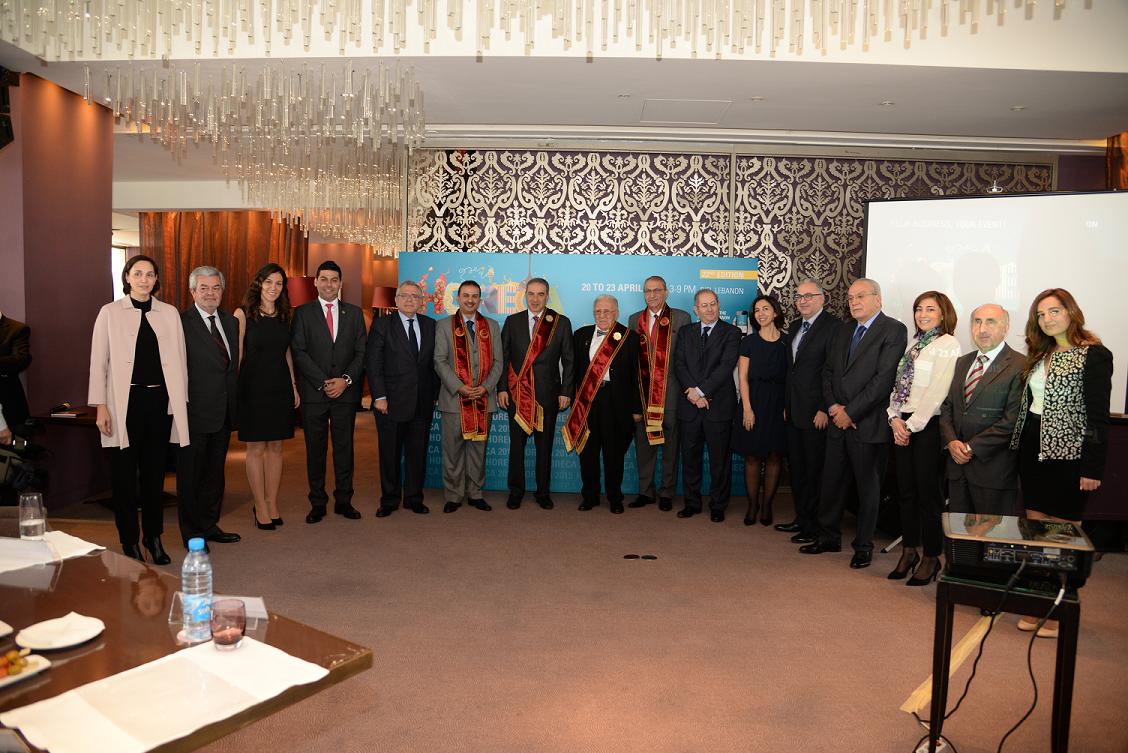 Hospitality Services held a press conference on March 10, 2015 at Phoenicia Hotel Beirut to announce the 22nd edition of its key annual event, HORECA.

The press conference was under the patronage of Minister of Tourism, Mr. Michel Pharaon, and in the presence of presidents of associations and syndicates from the hospitality, foodservice and tourism industries as well as the media corps, who emphasized the importance of HORECA for these industries in Lebanon and the region.

Horeca 2015 goes as big as ever: Horeca, the region’s premier hospitality and food mega-event, that has throughout the years established itself as the largest annual meeting place for the hospitality and foodservice industries, is holding its highly anticipated fair between April 20 – 23 at BIEL, Beirut.

Horeca is the place where industry professionals network and discover solutions and products that enhance their guest’s experience.

Celebrate the best of the Lebanese hospitality: Over and above, Horeca acts as a vitrine showcasing Lebanese cuisine, Lebanese chefs, local restaurants celebrating different tastes and flavours, industry experts and key hospitality players. The aim is to highlight their expertise giving them exposure on a platform that has been attracting thousands of attendees from around the world since Horeca Beirut’s inception in 1993. Horeca is also about the engaging live food panels with some of Lebanon’s best known chefs.

At this occasion, the TATWEEJ Academy for Excellence Awards coronate Mr. Nouhad Dammous in the presence of President Pierre Moukarzel. Nouhad Dammous, President of ADFTH, Hospitality Services partner and also representing the “Academie National de Cuisine” in Lebanon and in the Middle East. Dammous who is following the participants since the start of the event added “Young talents, skills and professionals through its different competitions, like the national extra virgin olive oil and Lebanese barista contests, art of service and Lebanese bartenders’ competitions, the bed making challenge and more are exposing the creativity, know-how and excellence of local talents”.

The press conference was followed by a cocktail reception prepared by Chef Thomas Figovc who highlighted in his menu the twist of the Lebanese cuisine.