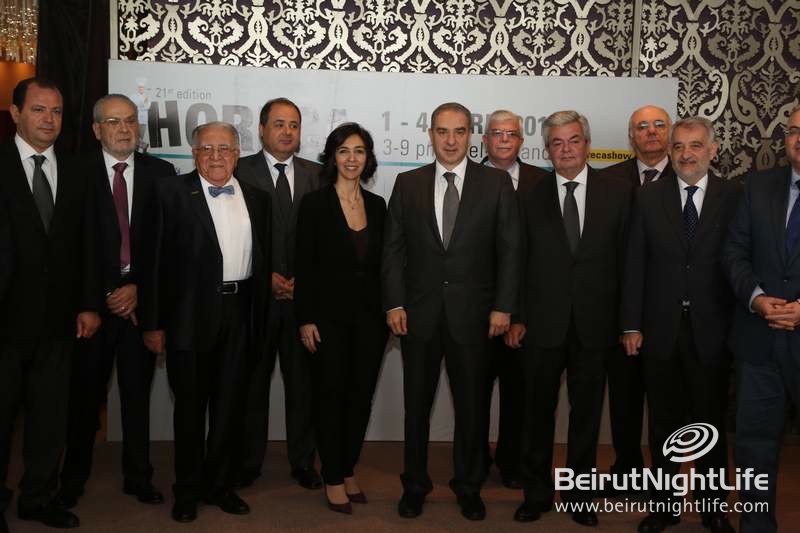 The 21st edition of HORECA was announced at a press conference held under the patronage of his Excellency Minister of Tourism, Mr. Michel Pharaon on Thursday the 13th of March 2014 at Phoenicia hotel Beirut.

In his speech, His Excellency Mr. Michel Pharaon stretched on the importance of such events, considered to be pillars of the Lebanese tourism and a confirmation that Beirut will remain the capital of beauty, taste and hospitality.

Joumana Dammous-Salamé, Managing Director of Hospitality Services confirmed that despite the extremely volatile situation that the market is facing this year, the show is already fully booked, and enjoying an impressive anticipated enthusiasm and support from all major hospitality key players & associations.

Salamé and to close her welcome message, thanked all partners and sponsors of HORECA, specifically Boecker and Prunelle as well as Phoenicia Hotel, Le Royal and Rotana for their partnership.

Newer Post Lebanon FINALLY Gets to Ski!
Older PostBeirutNightLife.com Brings You the Official Lebanese Top 20 the Week of March 16, 2014