HONEYMOON Around the World 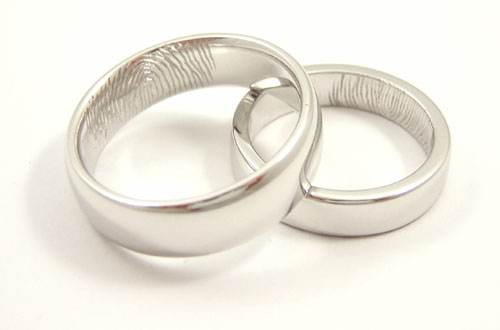 Your honeymoon, as the start of your married life together, is a wondrous chance to spend a relaxed time together post-wedding, purely with one another. So where to go? We’ve checked out the top honeymoon destinations … Anthony Rahayel, an expert photographer, takes us around the world with a click on his camera… 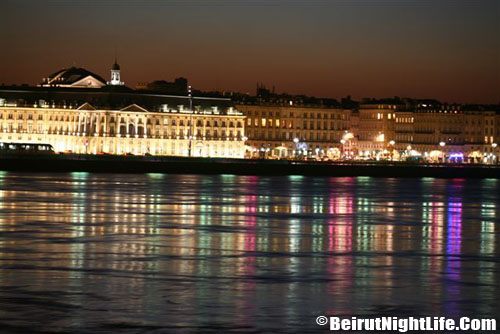 BORDEAUX is a port-city in the southwest of France whose popularity has leapt in recent years. It is most famous for its wine, which has, incredibly, been produced since the eighth century, and therefore built up a well-deserved reputation for superiority. Honeymooners must go on a wine-tasting trip. Bordeaux’s climate is consistently pleasant, often hot; it hasn’t been designated as having a Mediterranean temperature, due to the amount of rain it gets in summer. If you go, take an umbrella – and sunglasses. Ideal for couples who like old-fashioned lifestyles, beautiful buildings, and traditional streets, Bordeaux provides an all-round experience. With one of Europe’s biggest architectural urban areas, Bordeaux has also been classified as city of art and history. The Opera National de Bordeaux has a reputation for quality and should definitely be sampled. Bordeaux offers all the charms of France without being overtly touristic. Honeymooners who wish to sample cheese, wine, cycling, and spectacular sights will love this seaside-city. 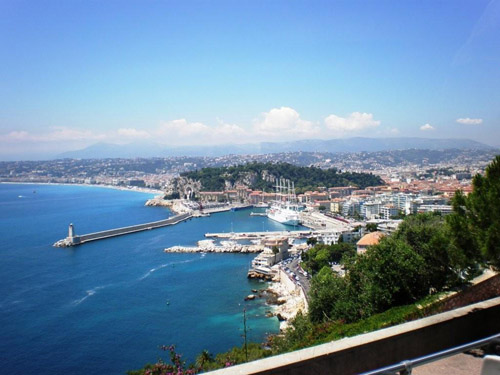 NICE, the capital of the French Riviera, is one of France’s most cosmopolitan areas. Culturally wealthy – an artistic inspiration to the likes of Matisse – it is known for having an unusually clear aura of light, one that attracts artists from all over. The artistic atmosphere that encapsulates Nice is boosted by having Cannes – where the famous Film Festival is annually held – so close by. Aside from its artistic tradition, Nice is also famous for the relaxing opportunities it offers. With over 4 million tourists visiting yearly, it is extremely popular – fortunately, it is large enough for it not to feel overcrowded. The city is extremely diverse: it also offers a strong historical tradition and ancient buildings, some of which are breathtaking in their beauty. Offering places to promenade, beaches and museums, it has all that you’d expect from a great city. 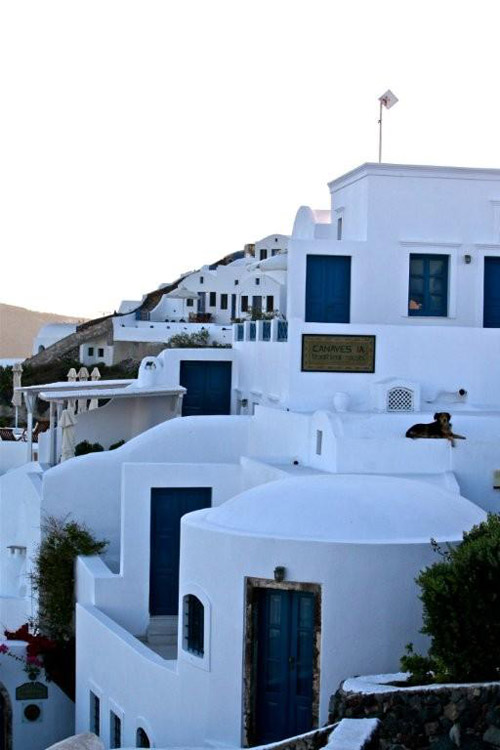 GREECE is known for being a perfect place to honeymoon: it has great weather, a tourist-friendly atmosphere, strength in traditions and softly-sanded beaches. It also has multiple characters. Athens offers remarkable architecture and a powerful history; Zante offers clubs and pubs galore. The islands are famous for being party cities, but the mainland has definite appeal. A little-known but lovely part of the mainland is an area by the name of Parga. With restaurants galore – most of superior quality, but not overcrowding one another – and habitants who have a grasp of English but are by no means tourist-catchers, this is a really splendid place for those who want to experience Greece without being trapped in a tourist maze or lost in a quiet provincial village that has never yet had a visitor. Honeymooners will enjoy Greece’s famous markets, which are highly amusing for those braves who bite the bullet and begin bartering. 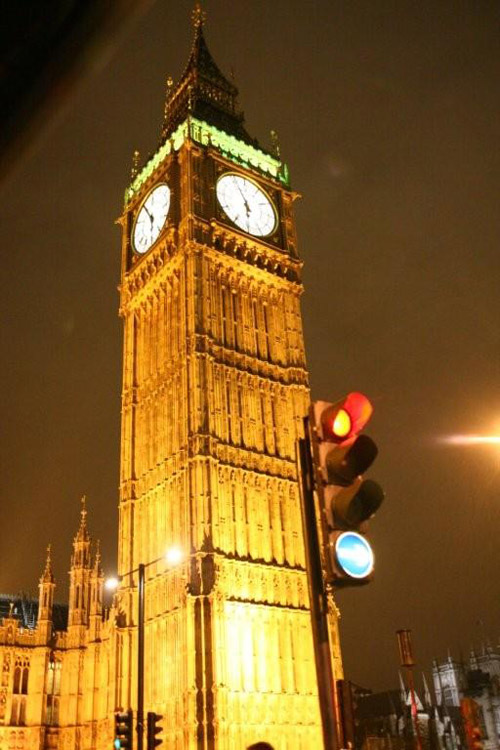 LONDON is one of the best known capital cities in the world. It evokes instantly traditional images: tea parties, the Queen, enormous red buses and letter boxes, men in top hats and daintily-dressed women (all very stiff-upper lip), fish and chips, and of course Big Ben.

The wonderful thing about London is that while each of these traditions still in some way holds true, the city offers countless surprises. If you are prepared to explore, London is a truly awesome place to visit, because every turn around the corner provides a different perspective. Head to the East End for old markets and friendly cockneys, hilarious cabbies and shockingly cheap prices. Turn 180° and see the incredible theatre nightly on offer in the West End. Try a matinee performance in Hyde Park; or a visit to one of the capital’s many museums and galleries. Spend the day on the tubes and buses, rushing from the seductions of Soho to the multinational offerings of Kings Cross; or from ancient Pimlico to Duffy’s Warwick Avenue. If you get tired of touring around, have a traditional afternoon tea at the Ritz. Keep feeling like royalty with a visit to Bond Street’s boutiques, where everybody is accessorized with pearls and you will be treated like a millionaire regardless of your own clothing. Edgware Road is more Lebanese than some parts of Beirut, filled with people from all heritages sitting outside and puffing on narguileh, or crunching on bizr. Then there is the Millenium Eye, London’s Eiffel Tower, which is the perfect place to unwind with the romance of a great city’s lights spread before you and your beloved.

It is in all these immeasurable differences that the magic lies. London is a cosmopolitan enchantment, ideal for couples who want to see and experience variety. 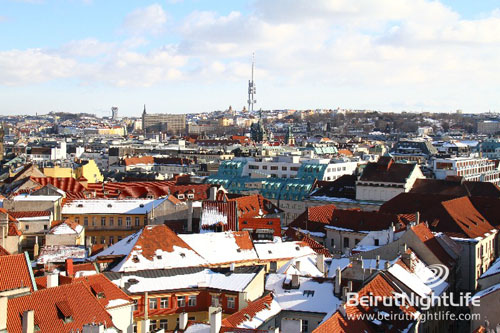 PRAGUE is traditionally one of the cultural centers of Europe. It has numerous theaters, the best known of which are the National and the Estates, where the premiere of Mozart’s Don Giovanni was held. Music is also in abundance, with both the Czech Philharmonic Orchestra and the Prague Symphony Orchestra going strong. Prague plays host to copious music festivals, including the Spring and Autumn International Music Festivals and the Prague International Organ Festival. Aside from music, there is the Prague Writers’ Festival and the Summer Shakespeare Festival, as well as hundreds of fashion shows and the Prague Zoo. Museums and cultural sites are also aplenty – and there is a great sense of history around as well, as the city holds remnant reminders of its previous Communist status. The cuisine is famously hearty. Try Allegro restaurant as Prague’s best-known; it won the first Michelin star in all of post-Communist Eastern Europe. Czechoslovakia’s beers are renowned for their strength and their inexpensiveness, and are a must-taste. By day, Prague is an ideal city for relaxing exploration. By night, though, this capital really spices up, with its many bars and clubs making it a great party destination for wilder honeymooners. 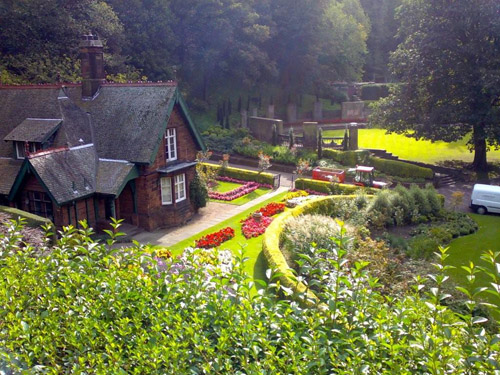 SCOTLAND, you might first think, is an unexpected addition to our list of recommended honeymoon destinations. But don’t dismiss it just because you’ve heard that it is cold; this Northernmost part of Britain is home to some of the most beautiful areas in the entirety of the United Kingdom. Its capital, Edinburgh, has the bustle of London combined with the old-fashioned aura of an unindustrialized country town, all the while with spectacular views of green mountains in the background. The Edinburgh Fringe Festival of Arts, which takes place throughout August, transforms this city into a springboard for the fantastic, as creative people from all over the world gather together to exhibit their talents and find fame. Walking down the street without being either flyered, hurried into a venue, or (in less frequent cases) pounced on for improvised dramatic performance, is unheard of. Art hounds will thrive in Edinburgh during this season; if you prefer less madness, Edinburgh is a phenomenal destination any other time of the year. If you go, climb Arthur’s Seat, Edinburgh’s highest point, for the stunning views it provides. Aside from Edinburgh, Scotland offers the tranquil charm of St Andrews (not a club in sight, even though this is a university town), the arts of Glasgow, and of course, the romance of the Highlands, which are a real and rare opportunity to escape the busyness of life. The Highland’s lakes are inspiring to see (although swimming is not recommended unless you are covered hair to toenail in thermals) and its mountains make hiking a must. 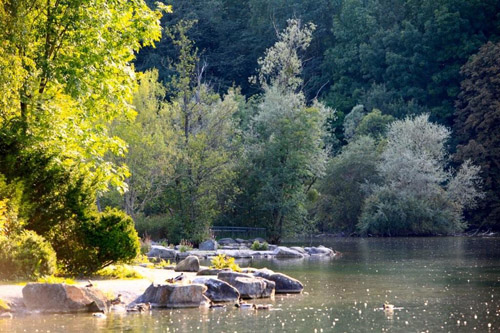 SWITZERLAND is for the culturally diverse. Being bordered by France, Germany and Italy makes its most consistent trait: the miscellaneous. Even the traditional customs vary from region to region. As the country that remained neutral while every nation surrounding it was engaged in warfare, Switzerland has been the butt of the twentieth-century joke; yet its neutrality – or its openness to its neighbors – has made it a haven for artists and writers seeking escape from instability, and has therefore been a source of rich culture for the country. It has over 1000 museums. Just walking around with open eyes provides bounteous opportunity for stumbling upon an exciting cultural offering. As for clubs and bars, Zurich is the best place to try. Be prepared, though; they are not for the fainthearted. Its scenery also makes Switzerland a nation tailored to active couples. Winter sports revolve around the Alps, with skiing, snowboarding and mountaineering available. Hiking is a much-loved summer activity, especially because of the stunning views that Switzerland’s gorgeous greenery offers. Another must-do summer trend is swimming. Lakes are abundant in Switzerland, and, combined with a picnic, offer the perfect setting for romance. With other countries right on the border, energetic couples will love being able to get a train to Venice or Grenoble. If you and your husband love meeting new people, Switzerland’s friendliness will make you feel tremendously welcome.

TURKEY has a strong trend of both tourism and tradition. Its popularity as a destination continues to mount at a surprising pace, and for good reason. Turkey’s landscapes are incredible, its markets renowned, and its ancient monuments breathtaking. It is great for sporting activity, as well as for culture, spa, and health care tourism. Istanbul, as Turkey’s largest city, has enormous historical status as the capital of the Byzantine and Ottoman Empires, and therefore provides extensively for the seeker of culture. It is aiming to be the 2010 European Capital of Culture, which is unsurprising considering its major attractions. Visit the Sultan Ahmed Mosque and the Hagia Sophia, as well as the bazaars. Shopping lovers will adore Istanbul’s Metrocity and Akmermez, not to mention Cevahir Mall, which is the biggest mall in all of Europe, and the seventh largest in the world. Turkey also of course has fantastic beaches, especially in Antalya, which is accepted as the nation’s tourism capital. For lovers of history, Turkey is a supreme destination, and most of all because it holds strong its customs amidst the throng of tourism. 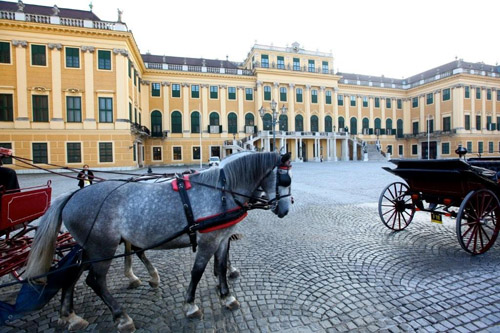 VIENNA’s rich cultural heritage in music and art makes it an ideal honeymoon destination for lovers of culture. It is known as a world capital of music, having played host to composers like Brahms and Richard Strauss. A must-visit is the Burgtheater, which is considered to be one of the best German-speaking theaters in the world. There are also various less conventional theater venues; these offer cutting-edge forms of drama, like cabaret and mime. The operatic houses are equally famous. For traditional modes of the famous Viennese operetta, try the Volksoper; popular highlights of Viennese music (Johann Strauss and Mozart in particular) are on offer in the numerous operas geared specifically towards tourists. The city is home to a wealth of museums – there is even a ‘Museum’s Quarter’ – which cater to an unexpectedly extensive range of interests, from clocks to burials. There are also over 100 museums of art. Don’t forget Vienna’s historical status; the Schatzkammer (treasury) holds the imperial jewels of the Hapsburg dynasty and is well worth paying a visit.

Aside from the multiple sites for cultural enrichment, Vienna offers fantastic opportunities for partying, the best of which has to be the Viennese ball. There are over 200 balls per year, usually all night affairs; some featuring as many as nine live orchestras. They are held in Vienna’s palaces, and range from the renowned – the Opera Ball – to the insider’s favorites (the Rudolfina Redoute is recommended). Austrian food is well-known and especially popular with meat-lovers. This city of abundance presents new cultural experience in the fullest way possible.