Harley-Davidson® “Join the Ride, Change Lives” Open Day embraces the road for a good cause 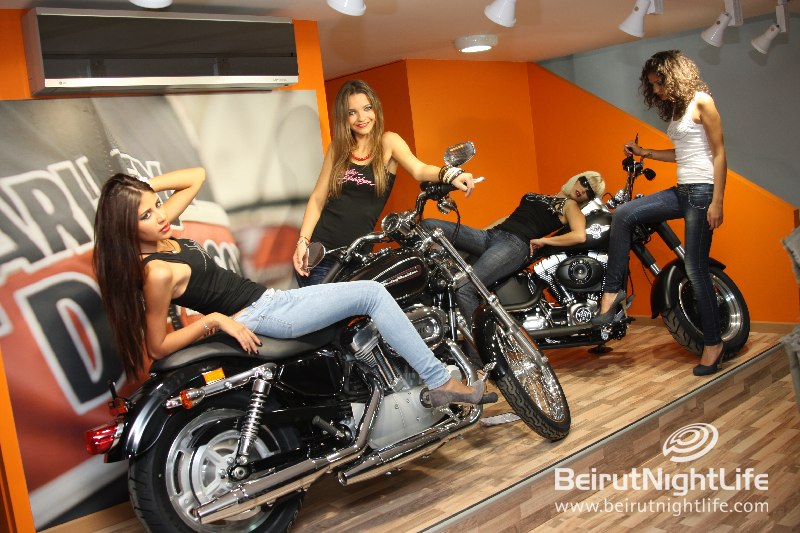 ‘Join the Ride, Change Lives” Open House Day will be held on the weekend of Oct 11 – 14 2012 where Harley-Davidson’s newest 2013 models will be revealed. This event will also raise funds for the United Nations World Food Programme (WFP), the world’s largest humanitarian agency fighting global hunger and feeding over 90 million people in over 70 countries on average each year. All riders will be invited to buy Harley Davidson pins, with each pin sold generating sufficient funds to feed over thirty underprivileged school children a day.

“Our customers are our biggest group of friends, and we are always on the lookout for opportunities to expand our social circle. At the Open Day, both riders and non-riders will be able to experience the exhilarating spirit of Harley-Davidson. We look forward to seeing the entire community in Lebanon gather to have fun and celebrate the arrival of our 2013 motorcycles while supporting a good cause. It’s not just an invite for riders, but anyone who wants to participate, contribute, and be part of the close-knit Harley-Davidson community,” said Marwan Tarraf, Harley Davidson Lebanon’s Managing Director/Owner.

“The WFP school meals programme is instrumental in providing underprivileged children with nutritious meals at school. These not only ensure physical and mental development but also improve school enrolment by offering parents an incentive to send their children to school,” said Elise Bijon, Partnerships & Business Development Manager for WFP in the Middle East, North Africa, Central Asia and Eastern Europe.

“In 2011, WFP provided school meals to around 26 million children in 60 countries across the world, and we are delighted to be partnering with Harley-Davidson to raise funds towards this endeavour. Events like the Harley-Davidson Open Day show how powerful the community can be in gathering together for a worthwhile cause.”

On the 22nd of September 2011 Harley-Davidson MENA  submitted a cheque amounting to $20,600 to the United Nations World Food Programme after the great success of the charity ride “Make Every Day Count”, which took place in September 2011 in 9 countries (UAE, Bahrain, Kuwait, Saudi, Qatar, Morocco, Lebanon, Jordan, Egypt). To celebrate the launch of the 2012 new models, Harley-Davidson Middle East and North Africa invited the community to participate in a ride to experience the true spirit of brotherhood that Harley-Davidson embodies. This spirit of brotherhood lived strong with the participation of the United Nations World Food Programme (WFP), whereby proceeds from sales across all dealers of network for “Make Every Day Count” day helped impoverished women in Africa to stand on their own feet.

“Harley-Davidson is a global icon embodying the spirit of camaraderie. The 2012 Open House invitation goes out to everyone in [country], whether Harley owners, non-riders or just motorcycle aficionados, to participate, enjoy a day out, expand their social circle and make lifelong friends, all while supporting an excellent cause” said Paul De Jongh, Harley Davidson’s Country Manager Middle East and North Africa.