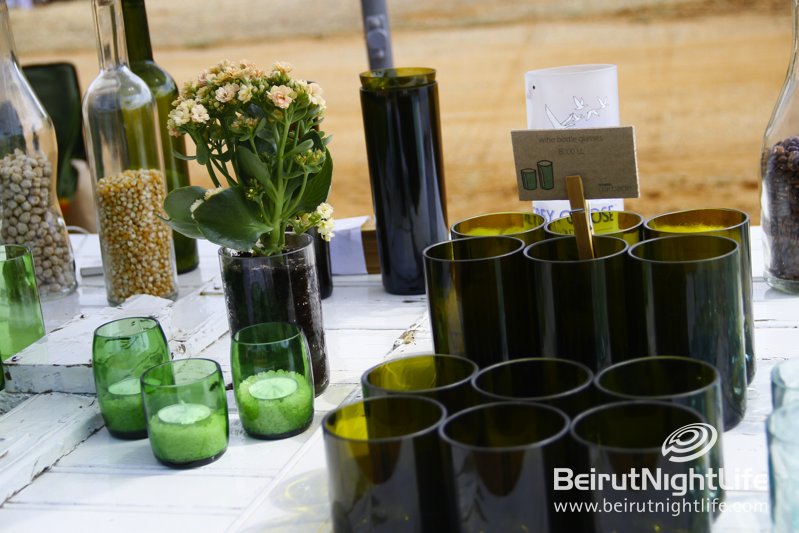 To celebrate its 3rd anniversary, the Green Party of Lebanon launched a campaign dubbed “green is a red line” in a week of events that took place between September 6th and September 9th, 2011 at the Beirut Hippodrome. According to Amale Khreich, the event director, the hippodrome was chosen for its national symbolism as one of the few remaining green spaces in Beirut which is victim to the worst kind of construction invasion that has denied people the simple pleasure of a day at the park.

The week started with a media gathering that was held on September 6th, during which the newly elected president of the party, the first woman party president in Lebanon and the middle east,  Nada Zaarour, highlighted the importance of reaching political decision making spheres to induce change and reverse the damages that threaten the existence of Lebanon as a whole. She focused on the most pressing issues that the party will handle in the coming years namely, illegal quarries, reforestation, urban planning, establishment of an environmental prosecution, and water scarcity.

On September 8th, green NGOs, companies and environmental enthusiasts joined hands with party members to address one unified plea against the environmental atrocities perpetrated in Lebanon during a whole afternoon of green fun and activities. The message was to allow citizens to enjoy a day in the open air where Biking, kites, storytelling activities where awaiting those who crave some time out. Recycling and safe driving shows were also held as part of the citizenship awareness chapter of the event.

On the 9th, celebrations were finally closed with a “Green carpet dinner” gathering partners, politicians, social figures and friends under the beautiful Lebanese starry sky for a night of green glamour during which ures to affirm their commitment to a green Lebanon and allow for an atmosphere to exchange ideas and build our green network.key Lebanese figures such as Zeina Daccache, Tony Abou Jaoudeh and George Khabbaz presented their endorsement of the campaign.

About the week, Nada Zaarour, said that it is only the beginning of a very long road of work built on a strategic alliance with the civil society on the one hand and the private sector on the other.