‘Godmother’ of Cocaine, Griselda Blanco, Gunned Down in Colombia 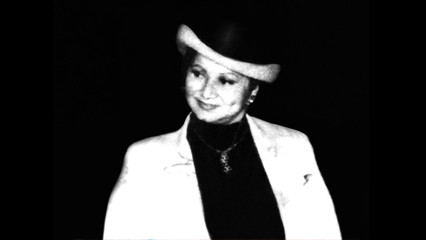 The woman who turned Miami into a murder capital during the 80s died in much the same way she is said to have killed others.

Griselda Blanco was known variously as the “Queen of Cocaine”, the “The Black Widow” or simply La Madrina—”The Godmother.” And she died in a hail of bullets Sunday in Colombia, dispatched in the same way she had allegedly ordered dozens of others killed during her rise to power as one of the biggest drug traffickers in the Western Hemisphere.

Blanco, 69, was killed by motorcycle-riding assassins as she walked out of a butcher shop in Medellin, according to a report in the Spanish-language newspaper El Colombiano. She had kept a low profile since being deported from the U.S. in 2004, where she’d allegedly ruled a drug empire that first opened trafficking routes between Miami and Colombia, and which shipped as much as a ton and a half of cocaine per month into the United States. 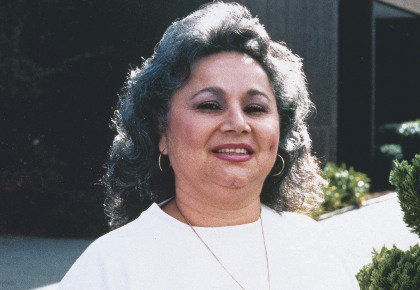 Before the famous Central American cartels took over the illicit drug trade during the 1980s and 90s, Blanco was a pioneer in the game during the 70s and 80s. The drug pipelines she created became the basis for the modern illicit drug industry, while her ruthless war against rival traffickers laid the template for much of the drug violence that followed.

Although she was never tried for all of the killings tied to her, authorities suspected Blanco of being behind 40 murders. Police believed that she was responsible for an infamous 1979 shooting spree at suburban Miami’s Dadeland mall, in which two Colombian drug-traffickers were slain in broad daylight by thugs with submachine guns. Three of her husbands were also killed in drug-related violence, one of them reportedly by her hand.

“It’s surprising to all of us that she had not been killed sooner because she made a lot of enemies,” ex-Miami homicide detective Nelson Andreu, who had been an investigator into Blanco’s case, told the Miami Herald. “When you kill so many and hurt so many people like she did, it’s only a matter of time before they find you and try to even the score.”

Born in 1943 in the slums near Cartagena, Blanco began her life of crime by kidnapping and murdering the son of a wealthy Medellin family at age 11, according to one biography. From there she went on to pickpocketing and prostitution to survive the violent environment she lived in. She graduated from petty crime to major hustling with the help of illegal immigrant smuggler Carlos Trujillo, whom she eventually married and had three children with, but divorced and allegedly later had murdered over a drug dispute.

Her second husband, Alberto Bravo, introduced Blanco to cocaine dealing; in the early 1970s the couple  moved to Queens, N.Y. just in time for the drug to explode in New York City. Prior to the couple’s arrival, the mafia largely controlled drug distribution; but Bravo and Blanco, with their direct connection to Colombia, soon captured a large share of the market and before long were allegedly making millions. However, their operation soon attracted the attention of law enforcement, who busted them in 1975 in a sting called “Operation Banshee,” the largest of that time.

But by the time a grand jury was ready to hand down charges, Blanco had escaped back to Colombia. It was during this temporary exile that she is said to have killed Bravo in a shootout over disputed drug money. Taking full control over the drug empire in the wake of her husband’s death, she made her way back to the states, this time to Miami to solidify her reign as Queen of Cocaine.

“People were so afraid of her that her reputation preceeded her whereever she went,” Abreu said in the documentary Cocaine  Cocaine Cowboys, which featured Blanco’s story. “Griselda was worse than any of the men that were involved in [the drug trade].” 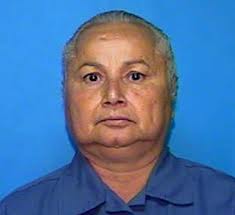 As her wealth and power grew, so did the bloodshed in South Florida. The Dadeland Mall shooting is said to have spawned a cocaine war that went on for years between Blanco and her rivals. Meanwhile, Blanco lived a lifestyle of flamboyance that would rival any kingpin, reportedly once buying diamonds from Argentina’s Eva Peron and developing a fetish for The Godfather movies. (Indeed, Blanco even named her youngest son Michael Corleone Sepúlveda.)

The beginning of the end came in 1982, when she allegedly ordered a hit on another drug traffiker, Jesus Castro, supposedly for an offense against one of her sons. The assassins missed Castro, but his 2-year-old son was killed in the gunfire. About a year later, Blanco allegedly ordered the killings of Alfred and Grizel Lorenzo, a married couple who also dealt cocaine in Miami. The Lorenzos were executed in their home while their children watched television in another room. Jorge Ayala, the Blanco lieutenant who headed the hit squad, refused to kill the children. He later proved to be instrumental in saving her from execution.

In 1985, Blanco was convicted of drug charges and served 13 years in federal prison before she was sent to Florida to face murder charges there. But as the case against her was being built, a scandal erupted at the Miami-Dade District Attorney’s office. Secretaries at the D.A.’s office were caught engaging in phone sex with Ayala. The result was the firing of three secretaries and the resignation of the prosecutor. What had appeared to be a solid death penalty prosecution evaporated amid the scandal; Blanco cut a deal that gave her three 20-year sentences, to be served concurrently; she was deported back to Colombia in 2004.

Blanco spent the remainder of her life living off rental income from the properties she owned, according to El Colombiano. At the time of her death, she’d reportedly been accompanied by a pregnanr ex-daughter in law, who told police that Blanco had left the criminal lifestyle behind. The newspaper said two suspects rode into an open-air market in Medellin. One got off of the bike, walked up to Blanco and delivered two fatal shots to her head. The other woman was unharmed.

At least one Medellin resident has little empathy for Blanco’s death. As an eyewitness to the murder told Colmbia’s El Tiempo, ”She was more dangerous than the devil.”