Germany VS Spain!!!! An Early Final at the Beirut World Cup Fan Park 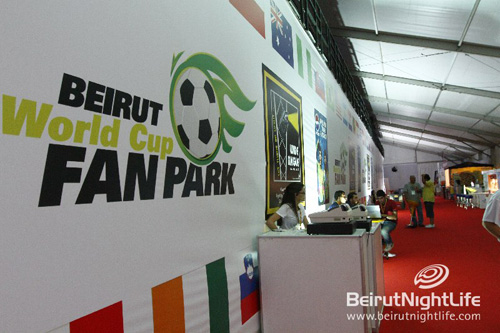 It is an early World Cup final game between the German Machines and the Spanish fleet of stars. Its the clash of two unannounced champions to reach the finals. Do you dare to call it an ultimate soccer experience? Watch the best of soccer in Africa at the Ultimate Destination in Lebanon, the Beirut World Cup Fan Park at Biel, in style.

It is the ultimate destination to watch FIFA World Cup 2010 games. You can watch it now in style, you can live the hype just by visiting one of the biggest locations to have ever been placed in Lebanon the Beirut WorldCupFan Park with official sponsors such as Solidere, Adidas, and Sony and many more.

So Lebanon who will emerge victorious tonight, Deutschland??? or La Roja?? Who will score Villa or Klose, the heat is increasing, fans are getting their flags and horns ready to celebrate…. IT IS THE ULTIMATE CLASH!!!!