Germany & Portugal Cleared for the Next Round in Euro 2012 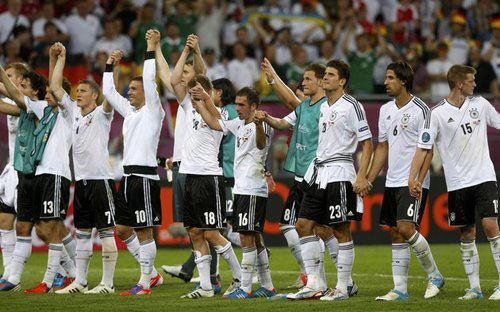 Germany collected the full nine points and booked its place in the next round to face Greece after  breaking the hard Danes in a 2-1 victory over at the Lviv Arena on Sunday.Joachim Low’s team delivered a fair performance to comfortably finish top of Group B of the European championship. Lucas Podolski & Lars Jacobsen’s ended the first half with a draw, before L. Bender managed to score the second goal in the second half.

Portugal on the other hand deepened the Dutch sorrows after officially eliminating them with a 2-1 win. Van Der Vaart managed to open the score sheet for Netherlands but Real Madrid striker Cristiano Ronaldo answered back with two goals to assure the qualification to the next round and clash with Czech Republic in the next round.