When France and Italy share the same passion for wine! 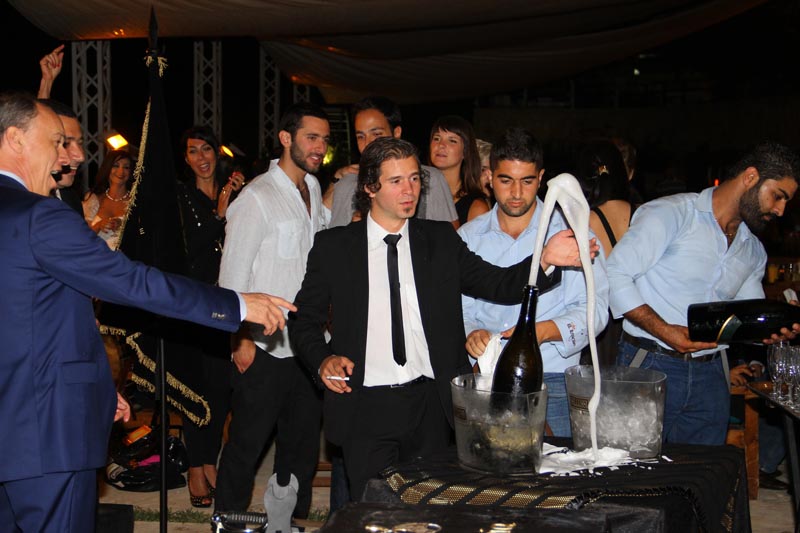 For the first time in Lebanon, Enologia, the Lebanese fine wine importer launched its Italian-French wine summer week, in tribute to its partnership with Bellussi’s famous prosecco, and Bernard Magrez’s great wines.

From the 13th to the 16th of June, the Waka Sheer Venue at El Rancho hosted a series of special events, one of which was the unveiling of Enologia’s new corporate identity. The Italian- French Wine Week was held in the presence of Bellussi’s owner Enrico Martellozzo’s and the heir of the Bernard Magrez label, Mr. Philippe Magrez. Among the guests are also international VIPs who especially came to Lebanon to attend this myriad of festivities. Representatives of five-star hotels and restaurants, Italian and French vineyard owners as well as world-famous sommeliers were also present.

Commenting on the event, Mr. Paul Naimeh, Chairman of Enologia and El Rancho said: “Delighted of our exclusive partnership with both labels Bellussi and Magrez in Lebanon, Enologia decided to honor its friendship with these great names, by celebrating a full week of Italian and French wine festivities”, adding that “Bellussi is one of the finest wines recognized by the most renowned experts in the sector. Likewise Bernard Magrez’s name is synonymous with excellence and is a symbol of the French wine making know-how.”

Naimeh commended on Enologia’s success in the UK, two years and a half only after the company’s creation, announcing Enologia’s imminent expansion to the Middle East, starting with the UAE.

The Chairman General Manager of Enologia and El Rancho extended his thanks to his team for their great efforts which contributed to the success of all activities and events performed to date. He also seized the occasion to announce the beginning of preparations for the annual Rodeo Show that will take place at El Rancho on August 24, 25 and 26.

From their end, Enrico Martellozzo and Philippe Magrez said they were very proud and pleased to deal with Enologia, acclaiming the big success realized by the Lebanese company in a very short time, wishing for it to expand soon to new markets.

True to its promises and mission, Enologia is dedicated to continuously providing its customers with the most refined wine selection, inviting them to a journey where they surely will experience unique and intense emotions.