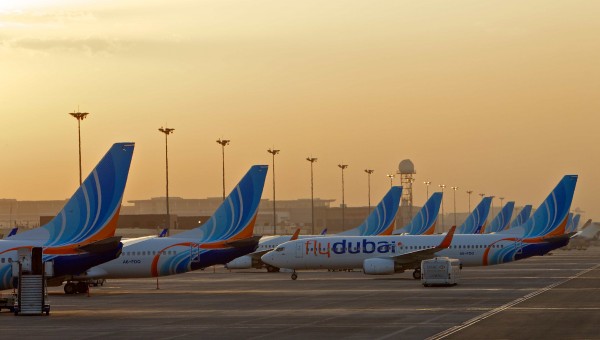 flydubai, Dubai’s revolutionary budget airline, has earned the position of world’s fastest cemented its position as the world’s fastest growing start-up airline ever, flying to 50 destinations in less than three years! The most recent additions to flydubai’s network are Baghdad and Najaf in Iraq, Taif in Saudi Arabia, and Bishkek in Krygyz Republic; thus expanding its operational route network to 28 countries across the GCC, Middle East, North Africa, Indian sub-continent, Asia and Central and Eastern Europe.

A delegation of UAE and Kyrgyz state officials joined flydubai CCO Hamad Obaidalla to celebrate the occasion, which is not only a huge achievement for the airline, but also for the development UAE and Kyrgyzstan relations; with flydubai being the first UAE airline offering direct flights to the Central Asian country.

H.E. Khalid Al Ghaith, UAE Assistant Minister for Economic Affairs, said: “On behalf of the UAE Government, I would like to congratulate flydubai and the Kyrgyz authorities on the start of this new direct service. Not only will it help establish and strengthen ties between the two countries, but it will also help increase accessibility to the UAE. I hope people from both nations take advantage of these flights to experience our respective nations and that we will enjoy a closer relationship for many years to come.”

Inaugurating the flight, Hamad Obaidalla, CCO of flydubai, said: “Today is a momentous day for flydubai. Not only is Bishkek the 50th destination we have started operations to, but it also marks our entry into the Kyrgyz Republic. I’d like to thank the authorities for their help with starting this service, which I am sure will be well received by passengers around our network.”

flydubai’s CEO, Ghaith Al Ghaith, said: “This inaugural flight represents an important moment in flydubai’s illustrious growth. When we started operations in June 2009, we made a conscious decision to expand as quickly as possible, adding aircraft and destinations at a rapid pace in order to offer more choice and attract more passengers, thereby creating a sustainable and profitable business model for the future. Our strategy has clearly paid off as today we have 21 aircraft and an international route network that spans 28 countries across the GCC, Middle East, North Africa, Indian Sub-continent, Asia and Central & Eastern Europe – making us the fastest growing start up airline in the world ever.”

“As part of Dubai’s commercial and tourism infrastructure, we represent not just Dubai’s ambition and growth but also its commitment to quality. With this in mind, we have married a low cost model with innovation and excellent service.  Our success proves that with smart investments, efficient operations and hiring the right people, low cost travel can be convenient, comfortable and cost-effective,” he continued.

“The safety and comfort of our passengers and crew is our number one priority. Additionally, with an 85% on-time performance record, we encourage more people to travel to more destinations, more often as know they can rely on flydubai whether travelling for business or leisure,” added Ghaith Al Ghaith.

“We have come a long way from our first flight to Beirut in 2009 but we are not resting on our laurels. We will continue to expand our route network, fleet and services and incorporate ground-breaking systems; maintaining our growth trajectory while setting the bar amongst the region’s airlines,” he ended.

Announced by the Government of Dubai in March 2008, the vision for the airline was to provide a low cost alternative on already popular routes from Dubai, such as Beirut, as well as to open up destinations that were underserved by direct air links to the UAE, such as Tbilisi, Georgia.

flydubai began operations on 1 June 2009 with a full flight of 189 passengers bound for Beirut with a commitment to make a little less complex, a little less stressful and a little less expensive.

flydubai has since established one of the industry’s strongest Middle East networks, forged new trends by targeting destinations that did not previously have international flights such as Abha, Gassim and Yanbu in KSA and become the first to offer direct flights to destinations such as Samara in Russia and now Bishkek in the Kyrgyz Republic. flydubai was also the first low cost carrier to start operations to airports such as Addis Ababa in Ethiopia, Yerevan in Armenia and Baku in Azerbaijan.

flydubai has also invested in its systems, procedures and training programs in order to support its rapid expansion and ensure consistent levels of service across the board.

In a region dominated by traditional carriers, flydubai has built a successful low cost airline that does not compromise on quality. The carrier has been so well received that it is now the second-largest carrier operating out of Dubai International Airport.

flydubai’s rapid network expansion was supported by its growing fleet which currently stands at 21 Boeing 737-800 NG aircraft and over the past three years has incorporated avant-garde systems such as Boeing Sky Interior and the ‘Fiber-To-The-Screen®’ (‘FTTS®’) In-Flight Entertainment (IFE) system from Lumexis. With the airline’s growing regional footprint, it has also taken significant steps towards reducing its environmental impact by fitting the aircraft with winglets, carbon brakes, Zonal Drying™ System, all designed to increase the aircraft’s efficiency and reduce weight, therefore saving on fuel burn.

Other major factors in the airline’s success include its strong on-time and safety records.

flydubai’s dynamic growth and pioneering attitude in the aviation industry has not gone unnoticed, with the airline winning a number of plaudits including being named Low Cost Airline of the Year at both the Business Traveller Middle East Awards and Aviation Business Awards 2011.

Another great achievement for flydubai was taking delivery of the 7,000th Boeing 737 in December 2011. 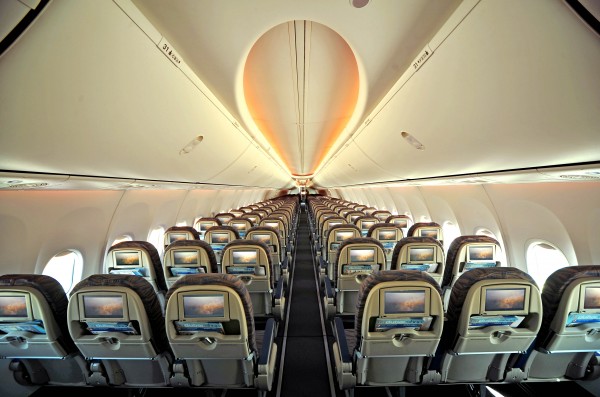