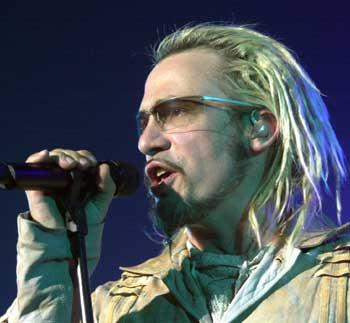 One of France’s biggest selling artists, Florent Pagny is an outstanding singer with a repertoire ranging from rock to opera as well as French pop. His acoustic recital in Byblos will allow him to revisit the iconic songs of some of the greatest French singers (Piaf, Brel, Montand, Aznavour, Trenet, Brassens…) alongside a selection of his best-known songs.

Despite an unpredictable and often controversial career that included detours into opera, the chanson tradition, and feature films, Florent Pagny remains one of the biggest-selling recording artists in contemporary French pop for more than a quarter century.

Born into a modest working-class family on November 6, 1961, in Chalon-sur-Saône, Pagny spent the better part of his adolescence competing in local radio contests and amateur showcases. At 16 he quit school and relocated to Paris to pursue a career in music and theater, working a series of odd jobs before beginning vocal studies at the Conservatoire de Levallois-Perret. While moonlighting as a bartender Pagny befriended talent scout Dominique Besnehard. Smitten with Pagny’s wild, unkempt look, Besnehard helped him land roles in the features “La Balance” and Alain Corneau’s “Fort Saganne”, and the resulting attention also led to a record deal.

Pagny issued his debut single, “N’importe Quoi,” in 1987. The anti-drug anthem proved a blockbuster success, selling in excess of one million copies and rocketing its singer to overnight superstardom. With the 1988 release of the follow-up, “Laissez-Nous Respirer,” Pagny solidified his image as an icon of youth rebellion and angst, although his third single, “Comme D’Habitude,” unexpectedly resurrected Claude François’ variété classic.

Finally, in the spring of 1990 Florent Pagny issued his first full-length LP, Merci. However, his newfound fame was not always a bed of roses. The French press often judged him rather harshly, mocking his rebel image and criticizing his relationship with the young French pop star Vanessa Paradis. Pagny did not take these attacks from the press lying down, openly hitting back in his songs such as “Presse qui roule” (“Gutter Press”).

After a return to his movie career, Florent resumed his musical pursuits with 1992’s Réaliste, followed by Rester vrai in 1994. Blending variété with a newly modernized rock sensibility this album restored his commercial luster. A year later, the time was ripe for a best-of collection. Bienvenue chez moi (Welcome to My Place) featured all of his greatest hits as well as three new songs (including a brilliant cover of the Italian singer Lucio Dalla’s operatic hit “Caruso”). The album proved a phenomenal success, selling over 1,500,000 copies within a few months.

After playing sold-out venues in support of this compilation, Pagny released Savoir Aimer in October 1997. The title track rocketed straight to the n°1 spot in the French charts only a week after its release and Pagny went on to win Best Male Artist of the Year at the 1998 “Victoires de la Musique” awards. Following the phenomenal success of the single, the album went on to sell an incredible 1.4 million copies and Florent established himself as one of the most popular stars on the French music scene.

The sole French representative included at Luciano Pavarotti’s all-star international charity concert in June 1998, Pagny returned to chart prominence later that year with the Erick Benzi-penned “Dors.” In late 1999, he again defied conventional wisdom with Recréation, a collection of covers drawn from the French chanson idiom.

Splitting his time between France and Southern Argentina (the country of his partner Azucena), Florent Pagny continued releasing several albums in quick succession: Châtelet Les Halles in 2000 followed by 2, an album of duets in 2001.

In 2003, he returned with a new look and a new album entitled Ailleurs Land. Clad in a Poncho, wearing blond dreadlocks and groovy sunglasses Pagny declared his independence from the system with the first single, “Ma Liberté de Penser” (Freedom of Thought). This huge hit sent his album to the top of the charts.

At the beginning of 2004, Pagny’s popularity took a downward turn after he was prosecuted for tax evasion. However, he made a comeback on the recording front later that year with the release of a new album, Baryton. As the title suggests, this album found the singer indulging his passion for opera and operetta (as he had on his cover of Caruso in 1996). Pagny took a huge risk, moving from pop to opera in one fell swoop, but Baryton proved to be an impressive chart-topper, selling over 700,000 copies. Following this success, he took the show on an extensive tour of France, performing with a full classical orchestra. A live CD and DVD of his “Spectacle Baryton” were released at the end of the year.

After a career spanning almost 20 years, Florent Pagny had established himself as a truly unique performer. In April 2006, he returned to the forefront of the French music scene with “Abracadabra”, a new album in a ‘chanson’ vein. His new sober, pared-down style certainly proved a hit with fans – within a few days of its release, it ranked amongst the best-selling albums in France.

Determined to tackle a challenging repertoire, in 2007 Florent Pagny released an album of Jacques Brel covers, Pagny chante Brel and started working on C’est comme ça, an album in Spanish, despite its French title. He released it in 2009 and went back on the road for a series of concerts in France from January to August 2010, including two dates at the Zénith in March.

At the end of 2010 Florent Pagny returned with a new album entitled Tout en son contraire written and composed by some of his old accomplices, like Calogero, Daran, Obispo as well as some new partners like Marc Lavoine or Grégoire.

Pagny chose blatant self-mockery to promote the album. Huge posters went up in major French towns proclaiming in French: “If you don’t like Florent Pagny I understand, because there are times when I too feel like giving myself a punch.” The sentence is actually a line from the album’s first single, “Si tu n’aimes pas Florent Pagny…” Vincent Baguian had written the lyrics five years earlier, but it had taken Pagny some time to be ready for them.

At nearly 50, the unpredictable rebel with the golden voice is back on tour. Backed by a grand piano and a double bass he’s been offering fans intimate acoustic moments in some of Europe’s most beautiful venues. He will wrap it up in Byblos on July 9 with a fantastic recital under the stars.