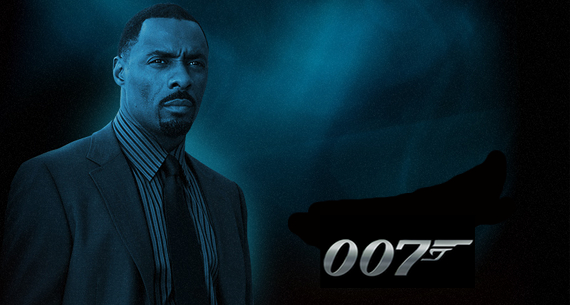 Suave British secret agent 007 may get some extra tan in upcoming films. Idris Elba, the black star of Prometheus, Thor and Rocknrolla could possibly become the next James Bond.

Producer of the spy franchise Barbara Broccoli is considering Elba among several other candidates after Daniel Craig.

The news came from Naomie Harris, the star of the 23rd James Bond instalment Skyfall that is set for release in November.

Speaking to the Huffington Post while promoting the new movie, Harris said that Broccoli and Elba have already met to discuss the possibility of him starring in the next Bond movie.

“I didn’t realize that there was this talk and then I did a film with Idris and he said that he met Barbara Broccoli and that it does seem like there is a possibility in the future that there could very well be a black James Bond,” she told the Huffington Post.

Rumors that the producers are looking for someone slightly different to play James Bond emerged in January. However James Bond actor Daniel Craig has no intention of quitting Bond voluntarily. He has told the BBC that he will “keep going until they tell me to stop”.

Elba expressed his interest in the role of James Bond earlier, saying that he’s English and has enough charm to be very suave with the ladies.

“I would have to vote for Idris because I just finished working with him and he’s a great guy,” Harris said.

At the 69th Golden Globe Awards Elba won the Award for Best Actor in a Series, Mini-Series, or Motion Picture Made for Television for his portrayal of DCI Luther in the BBC Crime-Thriller series Luther.