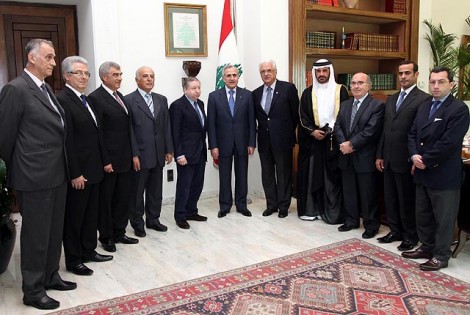 Sulayem, who has won the Lebanon International Rally four times from 1987-99, and Todt discussed various venues of cooperation between the government, the FIA and regional clubs in promoting motorsport in Lebanon and the region in particular.

The FIA Vice President, who is also President of the Automobile & Touring Club of the UAE (ATCUAE), noted during discussions that Lebanon has a huge motorsport fan base and that all forms of the sport are very popular in the country.

Sulayem was the driving force behind the formation of the Arab Council for Touring & Automobile Clubs (ACTAC) which aims to unite FIA Clubs of the Arabic speaking territories.

Sulayem informed the Lebanese President and Prime Minister that in a major development it was decided at the recently concluded FIA International Club Conference Dubai 2010 to set up a permanent administrative office for ACTAC.

The FIA Vice President briefed Mr. Sleiman and Mr. Hariri on the International Club Conference, particularly with issues revolving around road safety and the protection and preservation of the environment.

The Lebanese President and Prime Minister assured both Todt and Sulayem that the FIA and regional clubs had their government’s full support in whatever endeavour they chose to undertake not just in Lebanon but in the region as a whole which could help further the cause of the sport, safety and environment in general.

Todt and Sulayem also held meetings with top officials from the Automobile & Touring Club of Lebanon.