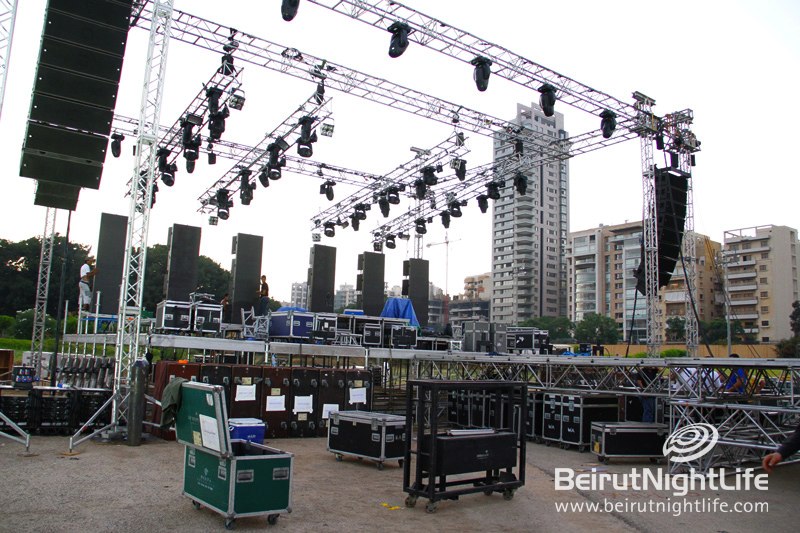 Mashrou’ Leila a rock band we are proud to say started in Lebanon will be performing in Beirut after a live performance hiatus that lasted nearly a year. Back from touring numerous countries, as well as putting together a new E.P., Mashrou’ Leila have been working on production for their Hippodrome concert by writing new music and collaborating with amazing artists in order to prepare every single detail to guarantee a special night fans will remember. The Event will also feature the BCE and JADE (The Basement) will supply music for a party after the show. 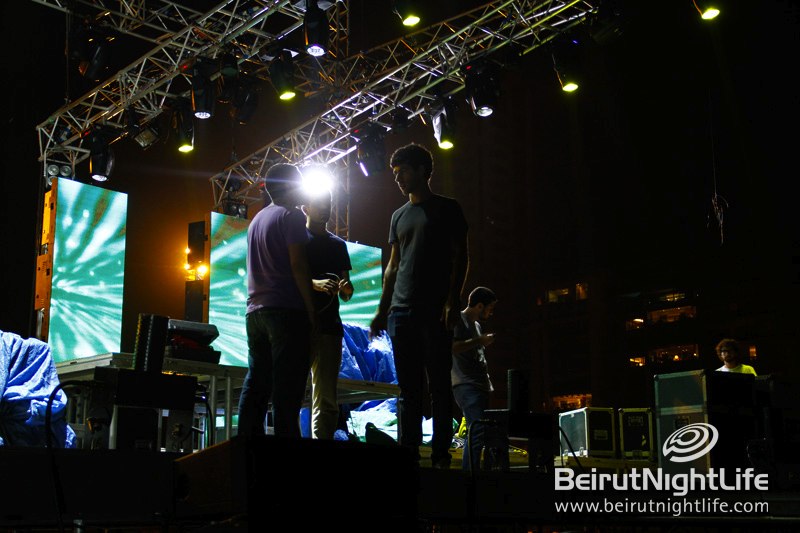 BNL was granted an exclusive sneak peak at the preparations being made onsite at the Beirut Hippodrome. I showed up on location to find an incredible stage set up. Risers were set onstage to assure perfect views of each band member. Lighting trusses were built high up in the air and a lighting director was onsite striking lights and testing LED screens in order to make sure each light, on stage and off, was properly doing its part to illuminate the night. All sound lines were checked to perfect Mashrou’ Leila’s sound. Numerous meetings between the band and crew took place side stage to maximize production quality. 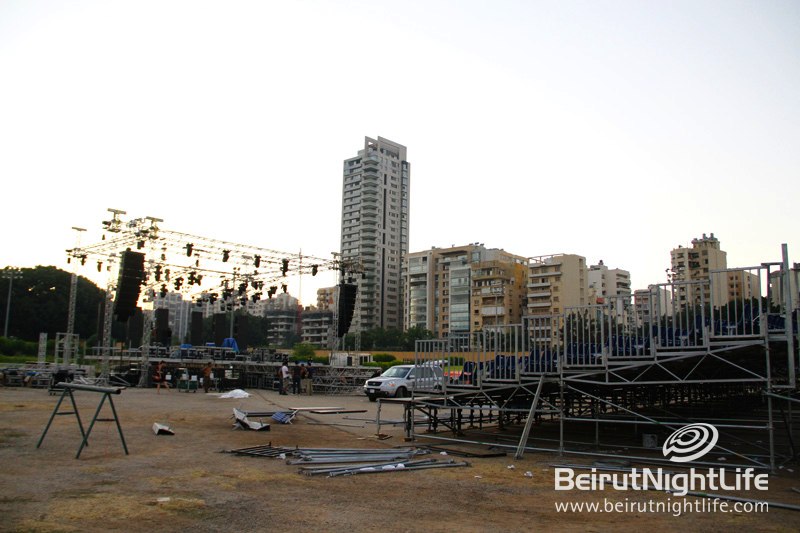 All and all a tremendous effort is being put forth by the members of Mashrou’ Leila for the concert introducing their new E.P. El Hal Romancy (which you can download FREE on their website mashrou3leila.com). The band has a few surprises set in store for their fans but I won’t give those secrets away. We will all enjoy them together at the show tomorrow! 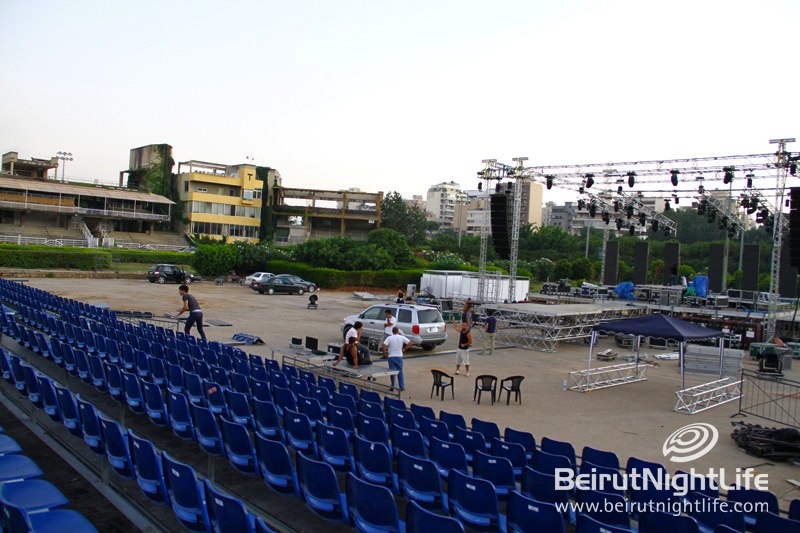 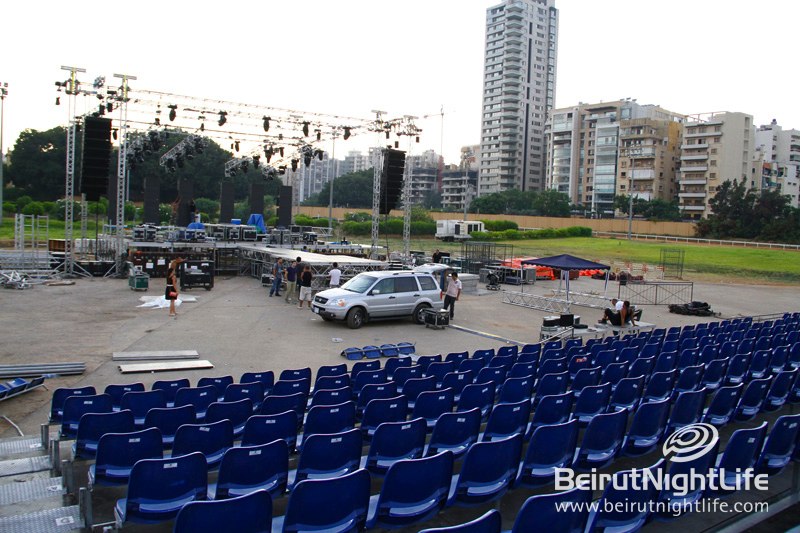 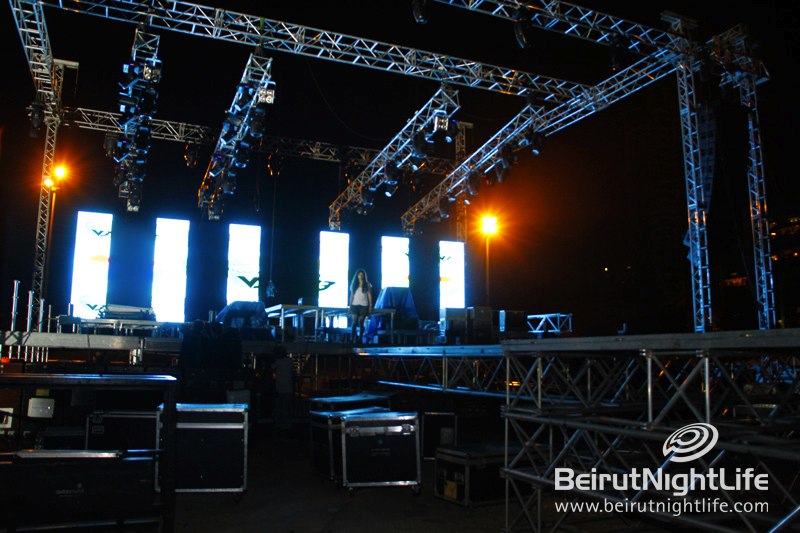 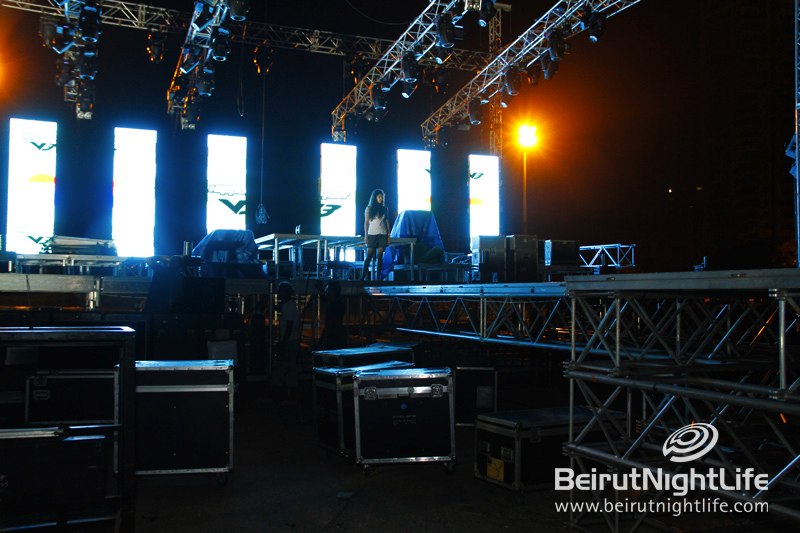