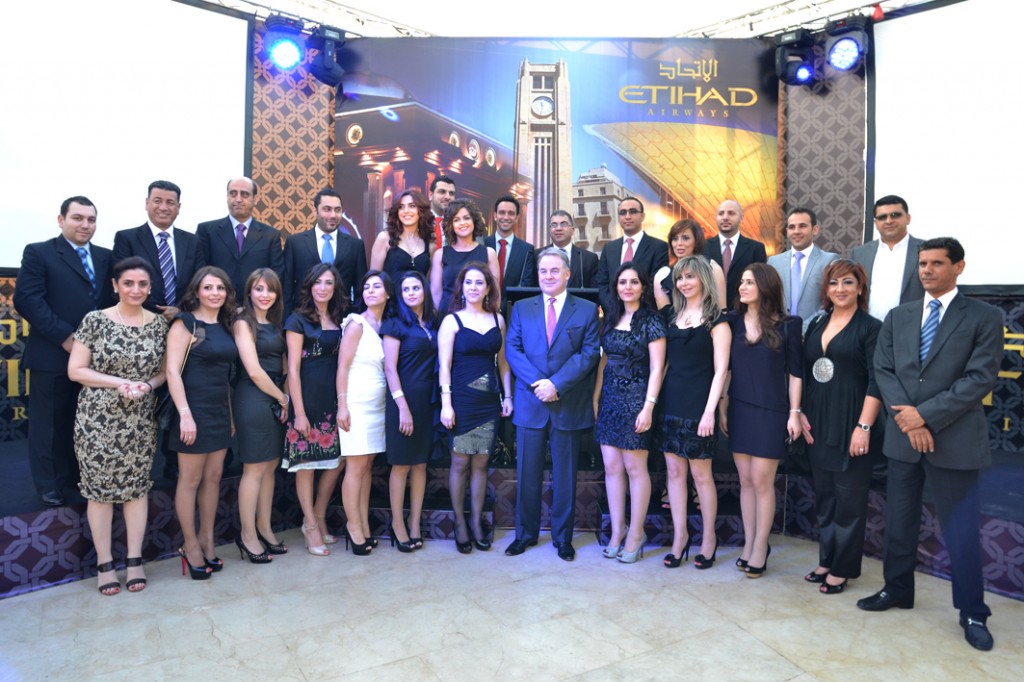 Etihad Airways President and Chief Executive Officer, James Hogan, said:  “Beirut holds a very special place in the history of Etihad Airways and I am delighted to be able to celebrate this important milestone today.”

The UAE flag carrier has carried more than 820,000 passengers and 700,000 tons of cargo between the Lebanese and UAE capitals since the historic first flight on November 12, 2003.

The focus of the meetings was to strengthen Etihad Airways’ presence in the Lebanese market and promote tourism and travel connectivity over the airline’s Abu Dhabi hub, including the airline’s new route to Lagos, Nigeria.  More than eighty thousand Lebanese live in the West African country and connectivity over the UAE capital has been optimised to fit with flights to and from Beirut.

“Lebanon is a strategically important market for Etihad Airways.  We operated our very first commercial route to this beautiful city in 2003 starting with five services a week.  Since then, we have invested heavily in the route, in our codeshare agreement with Middle East Airlines, and in our Lebanese staff – who today number more than 100.

“We now operate 18 flights a week with a two-class Airbus A320 aircraft, and we’re playing a key role in linking not only the global Lebanese expatriate community with their mother country, but also with each other across the world.”

A large Lebanese community resides in Australia. More than 420,000 Australians of Lebanese origin live in Sydney, while 50,000 Lebanese now call Melbourne home. In addition more than 20,000 Lebanese live in Adelaide, Canberra and other Australian cities.

Mr Hogan said he was also committed to working with codeshare partners to deliver traffic, growth and passenger choice.

“Etihad Airways believes that the partnership with Middle East Airlines which we started in December 2007 has produced significant commercial benefits for both airlines, allowing passengers to connect seamlessly from Beirut to Abu Dhabi and beyond to Sydney and Melbourne.

“It’s been good news for Virgin Australia too, our main codeshare partner down into Australia, because together we are able to offer unrivalled service, connectivity and a choice of destinations that people want to fly to.”

The Beirut flight schedule provides both morning and afternoon departures between Abu Dhabi and Lebanon also offers seamless connectivity over Abu Dhabi for Etihad Airways flights to and from Africa, Asia, and the Indian Subcontinent.