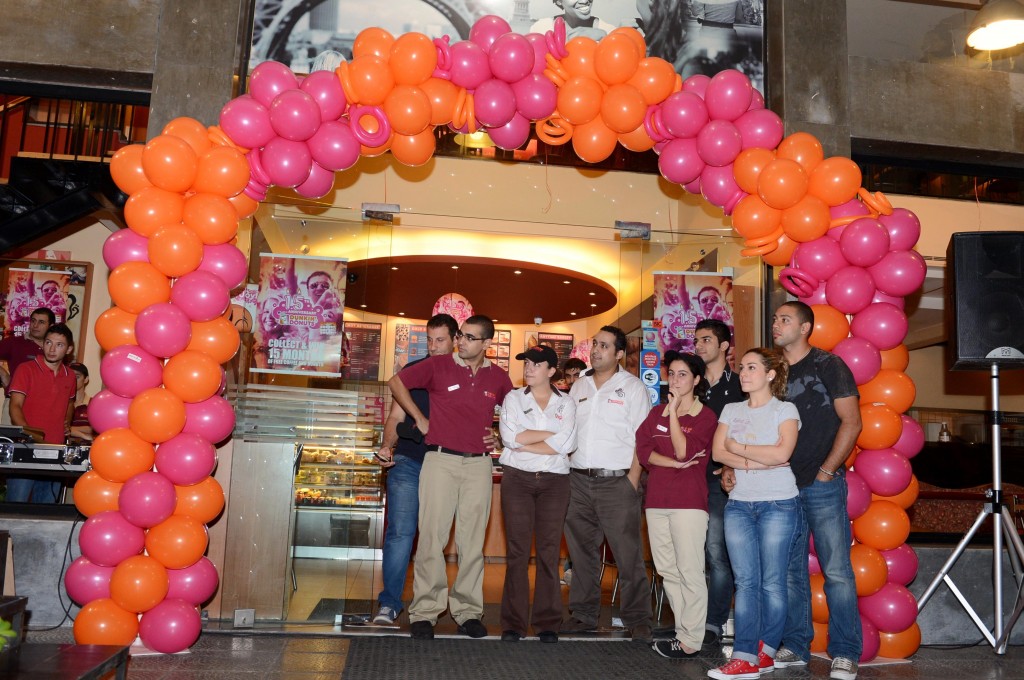 Dunkin’ Donuts, Lebanon’s prime destination for coffee and baked goods lovers celebrated its 15th anniversary in grand style. Loyal customers and guests were invited to the very first branch located in Zalka on November 6th for a celebration unlike any other.

Christine Sfeir, Chief Executive Officer of Dunkin’ Donuts, Semsom and Green Falafel, welcomed invitees in her address and expressed her gratitude for their continued support throughout the years. “I am very proud of the position Lebanon was able to obtain in the Dunkin world; even if our country is small, we were still able to make a big impact,” she said. With over 30 locations and 250 employees, the operation is a success story and has received several awards for its track record of accomplishments.

Representing the passion, dedication and enthusiasm of all Dunkin’ lovers, the Zalka Highway branch has become the community’s favorite hangout spot since 1998. It was only fitting that the site would also be where Dunkin’s latest campaign was launched. As privileged customers, guests were given a head start on the exciting 15th Anniversary Campaign which would give participants the chance to win 15 months of free DD coffee and donuts. Those with the highest number of filled promotional cards would win the grand prize in addition to free coffee and donut for every 5th stamped purchase for all customers.

Celebrated illusionist Ameen Jabbour performed live to entertain the crowd as guests were given the opportunity to play fun games for prizes and receive valuable parting gifts. The festivities continued throughout the night with a DJ and special activities designed to celebrate not only Dunkin’s anniversary, but the reason for this milestone – its loyal patrons.

“If we are still here after 15 years,” said Sfeir, “it is thanks to my team. Many have been here since the beginning and most importantly thanks to you, our guests. You are the reason we strive to make your visit, the best part of your day.”