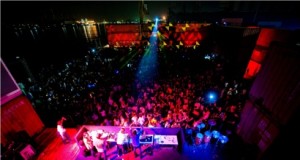 The Nightlife Exchange Project™ is an ambitious attempt to discover the world’s most unique and interesting nightlife, culminating in one-of-a-kind experiences all over the world. This year sees the UAE join the project for the first time, bringing a flavour of international nightlife to the city, as Dubai swaps nightlife with Mexico, culminating in a fully-fledged Mexican themed fiesta, ‘Mexico On The Rocks’, at 360°, Jumeirah Beach Hotel on 10th November 2011.

The project has the audacious goal of getting 10 million people to discover, share and swap the most original nightlife experiences in 50 countries, with 18 countries being paired to swap the best aspects of their nightlife.  Such is the caliber of the events, that Madonna will attend the New York celebration to help handpick the overall global winner of a dance competition alongside her choreographers Rich + Tone, to find the best dancer to join her official dance crew.

The exclusive ‘Mexico On the Rocks’ party at 360° will see an array of Mexican themed sights and sounds with an international flavour, as DJs spin Latino-inspired House to create a uniquely Mexican fusion feel.  A local DJ will kick off a sundowner set with a Café Del Mar Vs. Mexico mix, followed by international DJ Joshua Heath from 9pm, and Charl Chaka finishing the night. Entertainment will include an interactive photo-booth, Mexican themed dressing-up trunks, percussion players and freestyle masked dancers.

Elsewhere, the project will provide never before seen collaborations from some of the world’s biggest artists and DJs, across countries as diverse as Italy, Australia and Canada. 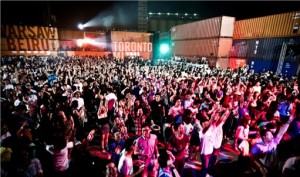 “Dubai has so much to offer in terms of entertainment,  so we are enormously excited that the city has come on board to join the Nightlife Exchange Project.  And the timing couldn’t be better, as this year the project is triple the size of last year’s, has bigger global names and more local original ideas,” said Hilary Maguire, spokesperson for Nightlife Exchange Project.

For guest list for the Nightlife Exchange Project at 360°, Jumeirah Beach Hotel, on 10th November, people should send their name, email address and mobile number to info@infusion.ae before Wednesday 9th November at 5pm.  Guest list closes on the night at 10pm.

The pairings for the 18 countries taking part in the nightlife swap are: