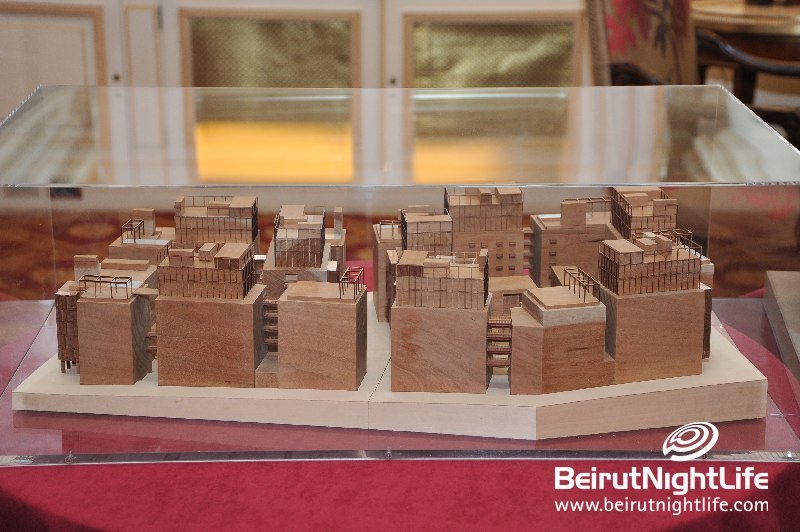 “A city in the heart of the city”. With this assertive statement,  Saifi Modern S.A.L launched District//S, a development that represents the culmination of Beirut’s city center’s reconstruction and one of the capital’s most ambitious projects. 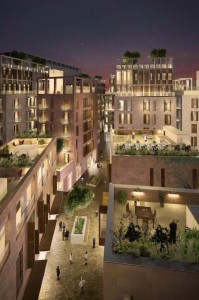 Described as “an architectural exercise in restraint”, District//S aims to transform one of Beirut’s most sought-after locations into a cultured urban space that draws inspiration from Mediterranean living. The plans feature 22 buildings including 104 low-rise apartments, 4 townhouses and 8 penthouses. In its inception, District//S is seen as a natural evolution of the ideas behind Saifi village’s success: where the latter brought modern thinking to an existing, traditional urban environment, District//S sets out to infuse contemporary architecture with traditional touches and features.

Anthony El Khoury, CEO of Estates, the developers of the project explains: “District//S is a development of the highest quality. Testimony to the exceptional nature of the city of Beirut, the site is a key piece of articulation between the active Gemmayze area, Saifi Village and Beirut’s downtown, and we are delighted to be part of this exciting project.”

District//S seeks to balance modern living with the more traditionalideals of balanced communities, where the residential, commercial and recreational spaces merge effortlessly and in an organic manner. Its contemporary architecture is the result of an extensive study into Mediterranean communities and urban lifestyles, but it also puts an emphasis on the kind of cultural spaces that would ultimately define its personality. Additionally and through its green spaces, courtyards and piazzas, the project would create an open breathing environment.

“District//S embraces and yet also dynamically extends what is known, what is loved, and what works in Beirut,” said Graham Morisson Senior Partner at Allies & Morrison. He adds: “District//S is a vision that has been harmonious from the start – one that has arisen not from timid acquiescence with the past, but an encouraging conversation with it. It is rooted in a classical tradition but its expression is utterly contemporary.” 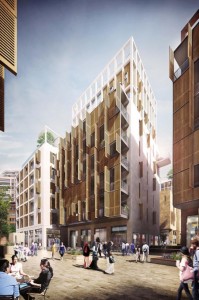 The project’s traditional architectural components comprised of courtyards, verandas and innovative terraces, will provide the perfect platform for enjoying the outdoors. The penthouses have expansive roof terraces with pergolas, gardens and private pools aiming to create unusually relaxed and elegant spaces.

“This project was rationally planned based on consumers’ demands and we expect there will be unprecedented demand for these apartments offering spectacular views and the highest standard of living”, commented Edward Noun, managing Director of Real SAL Property, the sales representatives of the project, adding: “30 % of District//S was already sold out before even launching it”.

The development of District//S is both contemporary yet integrated to the historic city of Beirut. Its shaping, arrangement and character will make it a close, well knit community to live in and its network of routes will bind it to its neighbors and the city beyond.