Dion Was Having Triplets! 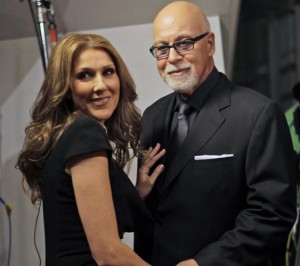 Céline Dion, new mother of twins, has revealed in a Quebec TV interview she was initially pregnant with triplets. The news as reported in the Star revealed that early in the pregnancy, an exam revealed “three little hearts,” Dion told Julie Snyder in a TVA interview. Five days later, another exam showed the heart had stopped beating.

“This little baby decided to give up its place for the other two,” Dion said.

The loss was painful, a tearful Dion said, but now she and husband René Angelil are very happy to have two healthy twin boys, named Nelson after the former president of South Africa and Eddy after record producer and family friend Eddy Marnay.

The 42-year-old superstar singer opened the interview, given just before the birth, with her revelation about the triplets.