Diageo Makes the Biggest Purchace in a Decade 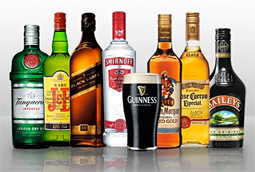 Leading spirit maker Diageo announces it is acquiring Turkey’s Mey İçki for $2.1 billion. The global giant will have a solid foothold in the rapidly growing Turkish market, as Mey’s rakı and vodka brands are the market leaders in a young, dynamic country. TPG Capital, which had bought 90 percent of Mey in 2006 for $810 million, has recouped about five times its investment thanks to the sale.

This is Diageo’s biggest purchase in more than a decade. This furthers their aim of expanding in emerging markets that have “a rapidly growing middle class,” Chief Executive Officer Paul Walsh.  “We see the Turkish market having high growth potential and Mey İçki’s market position is attractive with relatively high margins,” Bloomberg News quoted analysts including Jason DeRise at UBS in London.

Mey İçki, which Diageo estimates controls 80 percent of the market for rakı, may not be the last acquisition by the world’s largest distiller, analysts said. Diageo, the owner of Smirnoff vodka, aims to make purchases in markets where growth is the fastest, Chief Financial Officer Deirdre Mahlan said in an interview this month after the company reported first-half revenue and profit that missed estimates.

Rakı is Turkey’s most popular spirit. In its description of rakı, Diageo said the spirit was “traditionally consumed with food and therefore does not compete directly with international brands,” emphasizing its strong point.

“We have made Mey a global company,” said Galip Yorgancıoğlu, Mey İçki’s CEO, in a statement. “The acquisition by Diageo is a stamp of approval on this success. Now, we will have the chance to assess expertise and development opportunities presented to us by a leading global drinks business.”