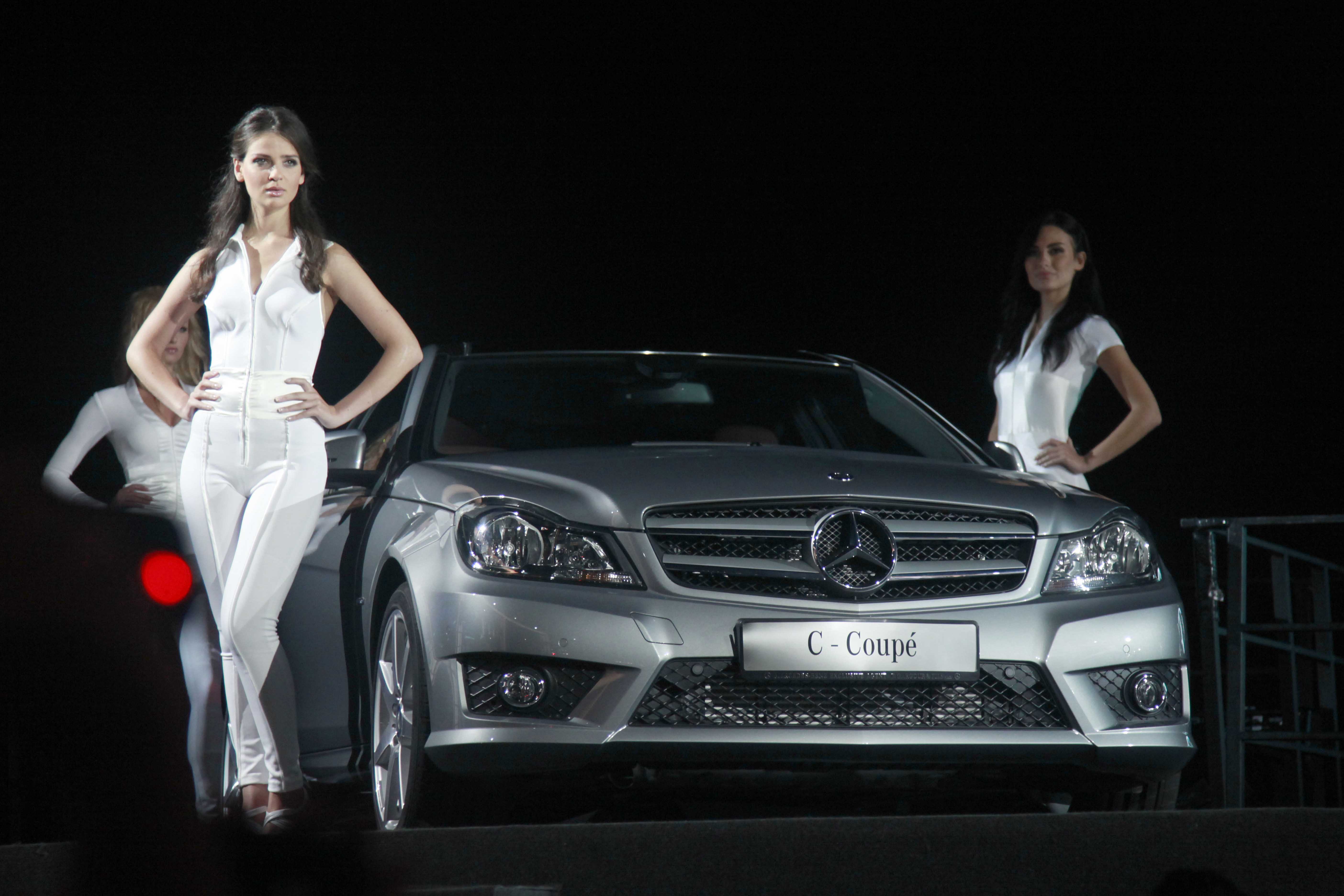 In a city famed for its glamorous nightlife filled with the elite, models, socialites and celebrities, it was the Mercedes-Benz sparkling three pointed star that stole the show in Beirut last night, as the luxury automotive company launched its all new C-Class Coupé, and third generation of its most successful sports car ever – the SLK Roadster – in spectacular style at SkyBar, one of the Middle East’s most fashionable nightspots.  The stunning Middle East launch of the innovative and sporty new Mercedes-Benz models drew gasps from the guest list of 1,500 VIPs, which included Mercedes-Benz’ General Distributors, customers, prominent Lebanese figures and media from across the region.

Unveiled using ground-breaking 3-D mapping technology, fireworks, and dance performances to a soundtrack provided by leading DJs and musicians, the Mercedes-Benz C-Class Coupé and SLK Roadster innovative designs dazzled a city that has seen it all.

Addressing the glittering audience from giant LED screens as the evening crescendoed towards the unveiling of the C-Class Coupé and SLK Roadster, Mike Belk, President and CEO, Daimler Middle East & Levant, said: “Mercedes-Benz cars, and especially our coupés, have become like the stars of the Middle East’s social scene. They’re confident, beautiful, desirable, fashionable, ambitious, young and successful, whilst always remembering our core values of safety, quality, reliability, comfort and efficiency. There’s definitely no missing the glint of the three pointed star either.” 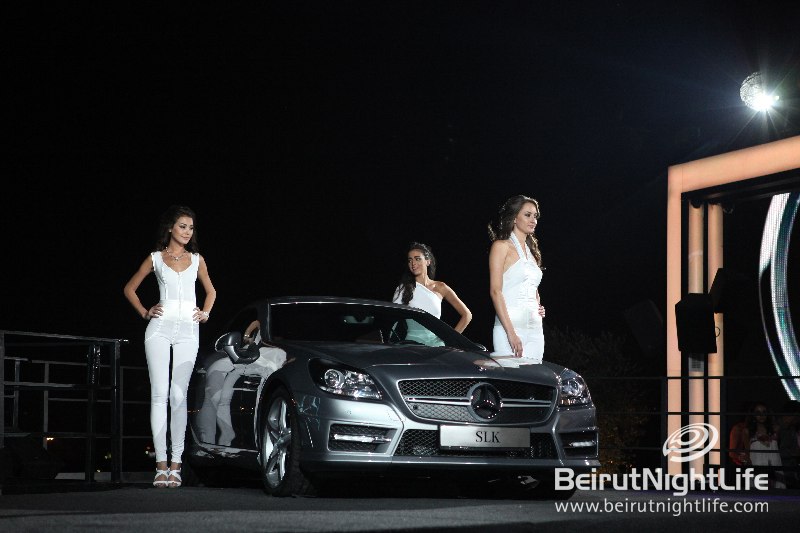 The C-Class Coupé enters a new market segment for Mercedes-Benz, offering a sporty compact coupé with classic proportions and a forward-looking, expressive style and technology that includes a new generation of telematics with internet access. From the side, the new coupé beguiled revellers with its flat silhouette, powerful shoulders and narrow C-pillar in a classic three-box design. Also wowing the crowd were the C-Class Coupé’s trim parts available in a porcelain piano-lacquer look – a first in automotive engineering – complementing the car’s exclusive interior feel.

The launch of the new SLK Roadster marks the third generation of one of the most exciting and successful sports cars ever built, designed to take driving pleasure and open-air enjoyment to a new level. It blends light-footed sportiness with stylish comfort, a striking sports-car design with total suitability for everyday use, and top performance with exemplary ecology.

Fittingly launched beneath the twinkling night-sky, the SLK proudly introduced the Middle East to its world-first panoramic vario-roof with MAGIC SKY CONTROL, which switches to light or dark at the touch of a button. Three new direct injection engine powered SLK models will be available in the region.

Also speaking at the event, a delighted Frank Bernthaler, Director, Sales and Marketing, Mercedes-Benz Cars, Middle East & Levant enthused: “2011 is a momentous year for Mercedes-Benz. 125 years since the invention of the automobile by our founding fathers Karl Benz and Gottlieb Daimler, we are still creating cutting edge luxury vehicles with ground-breaking designs. But this year is different. With these new models, this is the year that Mercedes-Benz stops being the car your Dad drove, and becomes the car that you drive.”