Dazzling Beirut Outshines Every City in the World 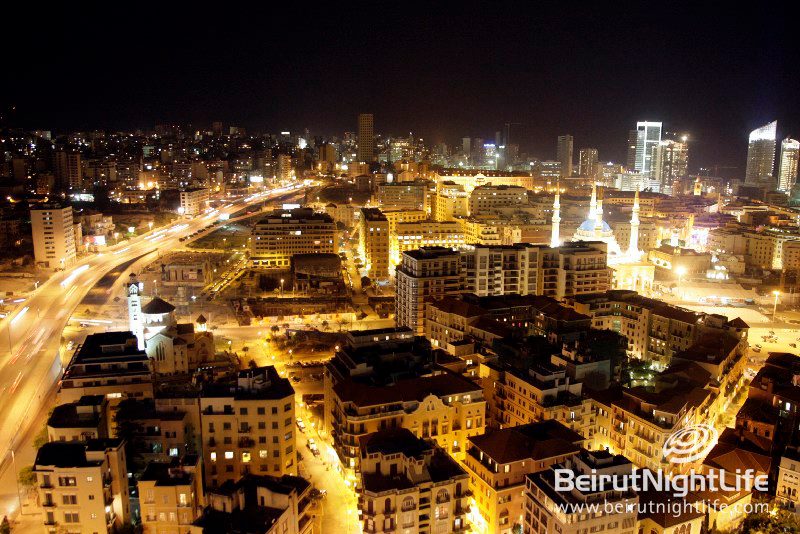 Beirut was something of a mystery to me.

I’d read about it with fervour for the past decade. The more I read, the more I knew it was a city I simply had to see to believe. The cafe culture, trendy bars, 24-hour clubs, Michelin restaurants, designer shops and museums all set against a backdrop of bullet-hole covered facades and ultra-cool edginess.

I’d read that the effects of the civil war and various other conflicts Lebanon keeps getting dragged into, often purely because of it’s location – being strategically positioned between Syria and Israel, still linger yet don’t hinder. 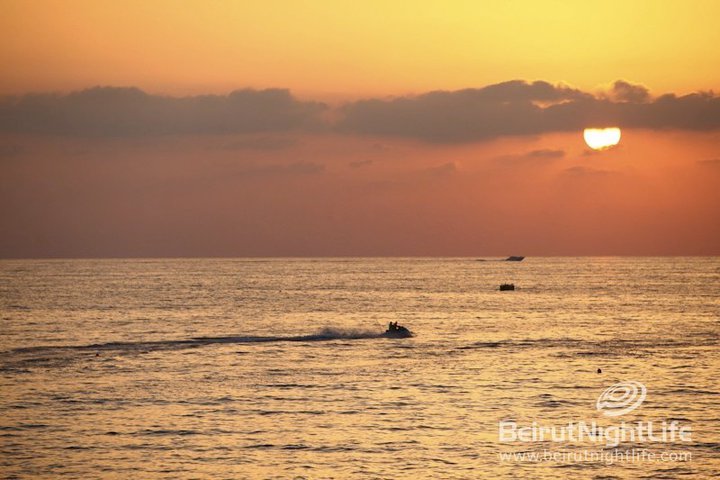 True to the words, the city has been re-built more than any other.

But that has clearly only served to toughen the younger Beiruti generations who seem completely undeterred by the political wars of their country. Their will, spirit and determination to be the best, have the best and enjoy the best is truly inspiring! 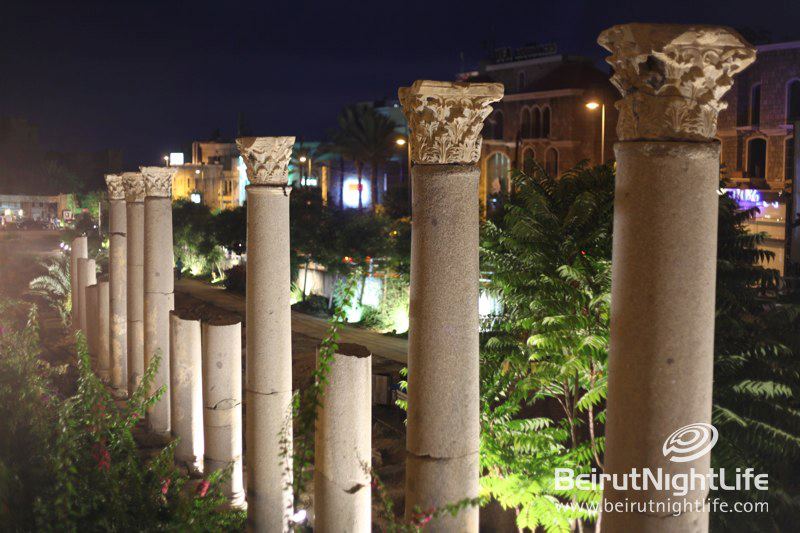 Beirut, has just blown Rio, Marrakech, Monaco, Miami and Vegas out of the water, for a city with a Middle Eastern heart!
As a traveller, I know my stuff when it comes to world travels, but I am literally stunned at how different this city is to most people’s imaginations, speechless (not often that happens!) at how well-kept a secret it is for those that love every luxury in life, gobsmacked at how it’s such a harmonious & heady melange of Italy, France, Spain, Greece, Morocco…and all with an undeniably sexy Lebanese twist, that only this particular country can truly pull off in style.

When you visit Lebanon and Beirut, leave all your pre-conceptions at home.

Easier said than done, yes. But believe me, it is unlike any other Muslim Country. The weekend, unlike other Muslim countries such as those in the UAE, is not Friday (religious day) and Saturday. It’s the Western Saturday and Sunday. There are no pre-determined rules that dictate what a women wears. Most will respect religious places. But elsewhere everyone wears everything. Don’t expect shy, timid, veiled women. If you do, you’re in for a shock. All religions live side by side, harmoniously. Beirut is unique in it’s concoction of settlers over the years, from Christians to Jews to Muslims. 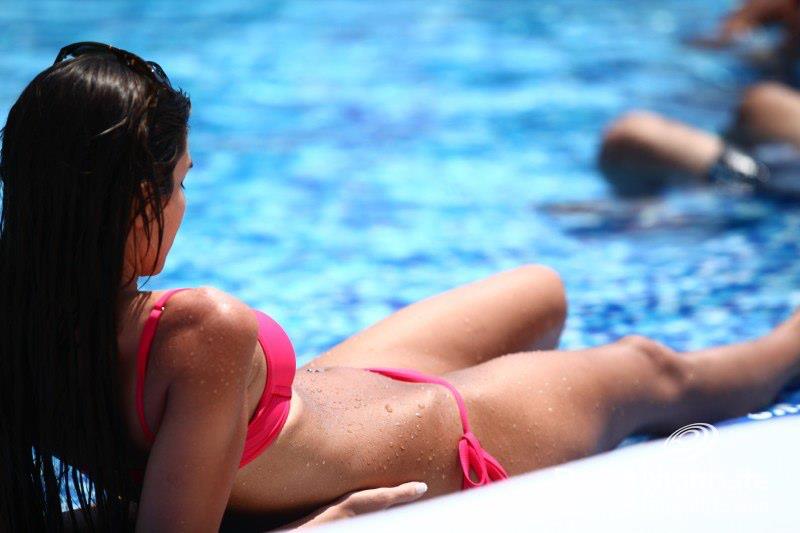 Nowhere in the world parties harder than Beirut.
I can promise you this. Forget Ibiza, Miami, Rio…Being an outright West End, Central London girl, it’s always difficult for me to imagine anywhere that can really hit it up the way I know London does. But against the party life in Beirut, I feel like a Beginner…now those that now me are fully aware of my partying addiction, so they’ll understand just how significant this is!

I also have to admit that I experience an hour or two at the start of my Lebanon trip, just feeling rather ugly. I feel somewhat insignificant. Here, I don’t turn heads (in either a good or a bad way!) The girls in Beirut mostly look like supermodels. This is not an exaggeration, either, I wish it were. As someone who grew up attending finishing and modelling classes, I can tell you I’ve never seen so many beautiful people in one place.
Not only are they jaw-dropping stunners by face, they boast perfect svelte physiques, are dripping in the latest, sexiest and most eye-wateringly high designer heels and fashions, pull up in the hottest shiniest most pristine supercars and have staggering amounts of cash to splash on every element that comes with partying & socialising. Many are from ultra-wealthy families and either take on the family business or don’t actually work. Before you say it, the Lebanese are multi-lingual and incredibly intelligent, many having studied at the highly prestigious American University of Beirut, from which they’re inundated with offers of the highest paid jobs around the world before they’ve even graduated.
I have never visited a city in which the majority of women are my idea of perfection; stunning, intelligent, savvy, sexy, rich and super-confident. They all look somewhere between Miss World and Bond Girl. 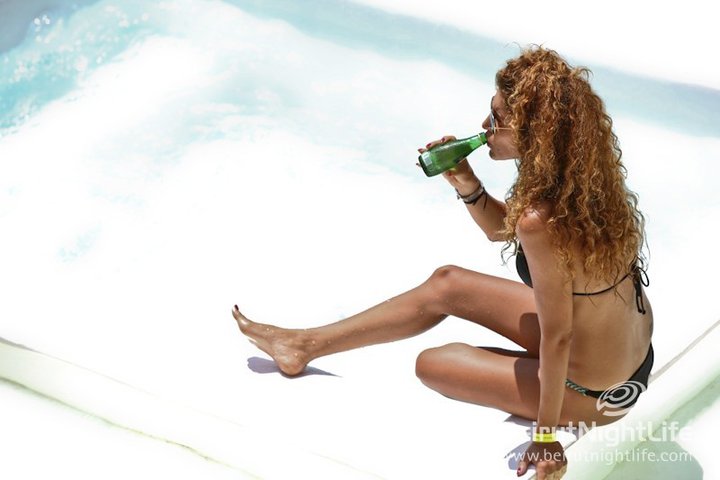 And the men are exactly the same. They look like they’ve stepped right out of the pages of any international fashion magazine, with long tresses styled back in that distinctly Mediterranean Monaco look, beautiful tailored jackets and shirts, tasteful watches and shoes (very important!) and toned an tanned…at every age! They even sound sexy in that mixed Arabic, French accent. Every sentence includes the word, ‘Habibi.’ Even the music is all about ‘Habibi’ – you’ll hear the word in every song. It means ‘my love’ and can be used to greet friends, lovers, partners…anyone. It’s definitely the most used Arabic word and I’ve heard right across the Middle East, Asia and Indian subcontinent.
I very quickly realise that, in this city, I am a visitor. I’ve travelled across the globe and usually have the problem of being claimed as one their own (bronzed skin and mixed look). But here, as much as I look like one of them, I’m distinctly below par. A bittersweet experience, I must admit! Once I accept that, it becomes easier to sit back, watch the world go by and accept it, and actually get on with realising I’m losing my heart to this city and only wish I’d discovered it much much sooner.
Beirut, this city of contrasts and contradictions, is relatively small, as is the country, but it’s loaded with everything you could dream of: sexy sandy beaches, skiing in the mountains just minutes away, stunning hotels, an awe-inspiring marina, incredible nightlife & social offerings, mouth-watering international cuisine, an exclusive shopping district with labels of my dreams; (from Chopard to Beirut international designer superstar Zuhair Murad), entire cities of ruins  dating back thousands of years AD and unique cultural offerings from beautiful museums to some of the world’s oldest ruins, all visibly set within the heart of the city. 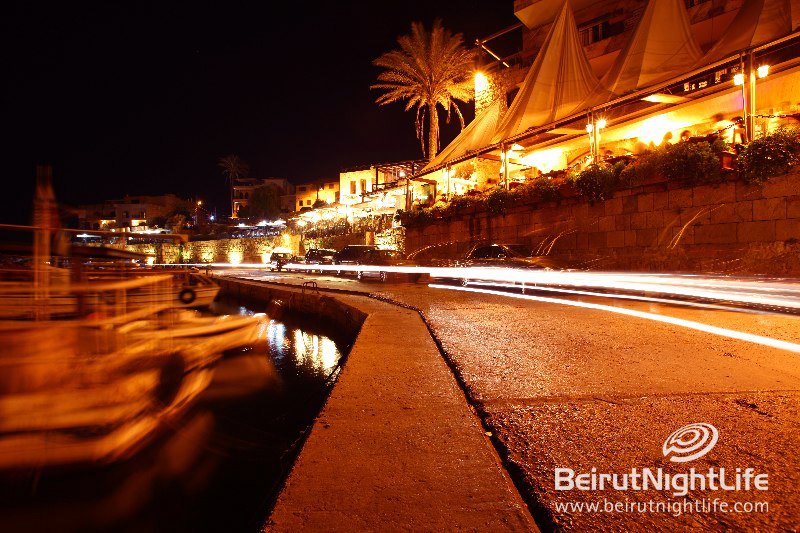 In a place of such show, travellers will still find more than any city’s worth of history, heritage and legacy, with scattered excavations and archaeology throwing back to the Phoenician, Roman and Crusader periods of rule. There’s something for everyone and Beirut knows it.
Though it’s war-torn, of which the reminders are all around and impossible not to notice, the air of defiance is embedded within every aspect of the city; from it’s buildings to it’s people. Interspersed within every few glamourous new shiny glass-fronted facades is an empty shelled ghost of a building, haunting yet clear for all to see, defying the odds of all the bullet holes it bears and still standing tall whilst countless have crumbled.
These war reminders cover the entire city, even in the Knightsbridge equivalent Solidere district, which is being regenerated faster than the blink of an eye. They stand testament to Beirut’s struggles with war yet are almost a sign of Lebanese pride. Perhaps that’s why I get the distinct impression from the boys and girls here that nothing can overcome them. They walk with a swagger, a knowing, a confidence so deep it’s indestructible, so proud and from deep within, I can’t help but be in awe.
I suppose it’s made more surreal because, as a typical reserved Brit, I grew up in an atmosphere where it was normal to instantly put yourself down at every opportunity. Only recently I learnt to accept a compliment with, ‘Thank you’ as opposed to, ‘Thanks but it’s only cheap’ or ‘Thanks but I really have no clue about make-up, I’ve just thrown this on.’ So for me, this outward confidence is a complete culture-shock.
I must also say, before I went on the trip, I can’t begin to describe the number of poeple that told me I was crazy and it was too risky. People that see the news and know only what they see in the news. They’re not to blame. We know what we know from the media. So I just was not expecting the extreme wealth, lavishness, confidence and beauty of Beirut.
That’s not to say that the city and country aren’t crawling in uniforms.
Fully expect to walk past military tanks at every turn and armed soldiers at every corner. They do often glare at you to suss you out. I feel slightly unnerved, but having been to Bahrain and Kuwait last year during the protests there, I’m not that easily frightened now. Everywhere I turn in Beirut, even through the designer shopping district, army personnel stand with their AK47 rifles (not quite sure how I even recognise them) keeping an extremely close look out for trouble.
Outside all the restaurants, clubs, bars..in fact, everywhere in this place is covered to within an inch of the street, with armed soldiers and tankers. I take it not as a sign of trouble, but as a sign of preparation in case of trouble. But after a while you stop noticing them and certainly don’t mind as they’re there for your protection, as a local or a tourist. 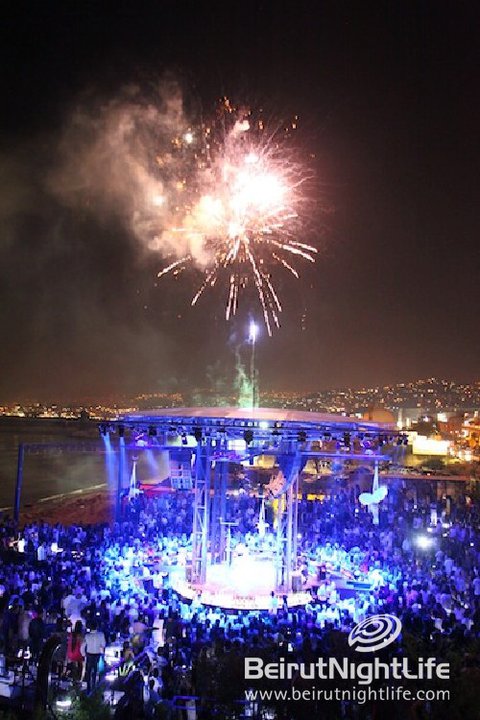 Beware of taking photographs freely too. I’m held up point-blank by armed officials at one hair-raising moment, when I simply attempt to photograph a beautiful building on La Solidere, just past some of the designer shops. A security guard runs at me shouting in the street and to his aid run 4 armed soldiers. I freeze and put my hands up. ‘No photography,’ he shouts in my face angrily. I apologise and try to ask. Bad move. No questions asked, I decide to just move on. His eyes then watch me down the entire street. My guide later explains that since the assasination of the former Lebanese President, Rafic Hariri in 2005, security has been extremely vigilant. She also mention the more recent discovery of a terror plot said to involve an insider within the Lebanese Government, which has put further strain on the situation and upped security an extra notch. I fully understand and appreciate the reasoning.
One important distinction I’d like to make is this: The overtness of wealth and Fabulous displayed in Beirut is very different to that of Dubai, Monte Carlo or Las Vegas. This public display of wealth is not newly created. It’s not a pop-up like Dubai, it’s not a paparazzi-clad celebrity haunt like Monte Carlo and it’s not a stag or hen-weekend destination like Vegas. That’s what, for me, gives Beirut an ultra-sassy ultra-sexy cool.
Beirut has eons of history through coming under various rule each establishing settlements over generations; now ruins. It has always been a very wealthy, super-sexy, party-crazed city. In it’s heyday, it rightly earned it’s title ‘the Paris of the Middle East’. But the wars and conflicts dominated the headlines to give it the image it conjures up today. Yet, it’s that very image that protects the party-city from becoming Dubai or Monte Carlo. Beirutis and Beirut-lovers can have their cake and eat it.
They can have 24-hour fun here knowing that it’s just under the radar of the majority of the world, except for the few that know, and keep it that way. That’s the true beauty of Beirut. It’s an insider’s secret and will remain so, no matter how much the word gets out, because of it’s Middle Eastern image, for now. Though it’s not a dangerous place at all, the majority of the world’s population (lest us travellers forget) won’t ‘take the risk’. And I say, ‘Thank Goodness!’ There aren’t many places in the world I plan to return, purely because there are so many new parts of the world always to see. But Beirut, I could return to every year, and fully intend to. 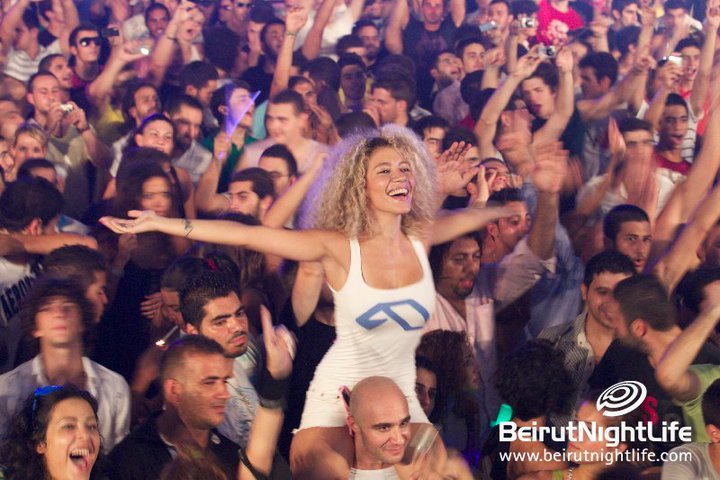