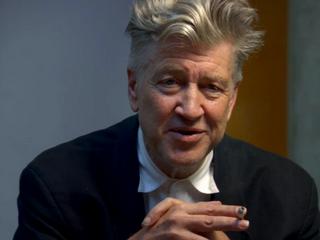 Subversively surreal, teasingly tangled and headily discombobulating – such is the world into which filmmaker, artist, actor, photographer and musician David Lynch draws those around him. From his darkly sexual works-on-paper exhibition at the

Fondation Cartier in 2007, which shocked the great and the good of Parisian society, to the deeply weird, complex and labyrinthine plots of TV series Twin Peaks or feature film Mulholland Drive, he confounds, bemuses and enchants in equal measure.

His latest project, a collaboration with champagne house Dom Pérignon, takes his brand of stylishly bizarre into a new dimension. 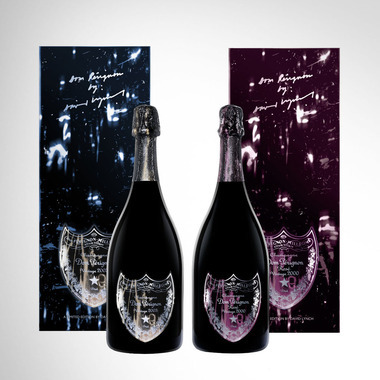 It all began two years ago in Paris, when Lynch was working on the design for the Silencio Club and met Dom Pérignon chef de cave Richard Geoffroy. The two masters of their craft immediately determined to work together on a suitably idiosyncratic and memorable spectacle. After the Californian polymath paid Geoffroy a visit in Champagne, at the Dom Pérignon Abbey, he cloistered himself away in LA for two days, creating stories, light shows and theatrical dramas around the Dom Pérignon bottle. The result was an inkily seductive 2011 advertising campaign: a midnight mirage centring upon two specially designed bottles, Dom Pérignon Vintage 2003 and Dom Pérignon Rosé Vintage 2000.

This month, those bottles are finally lifted from the pages of luxury magazines and placed onto shelves, as The Dom Pérignon by David Lynch limited edition (£135 for the Vintage 2003; £300 for the Rosé Vintage 2000) launches exclusively at Harrods, Harvey Nichols and Selfridges. In addition there is one limited-edition jeroboam available, which will be auctioned for charity. The standard bottle gift boxes are stunning. Eerily poetic, they play with the beams of light that bounce off the Dom Pérignon bottle’s gothic glass. Each also has the director’s silvery signature emblazoned across the top. Few artful celebrations pop the cork quite like it.