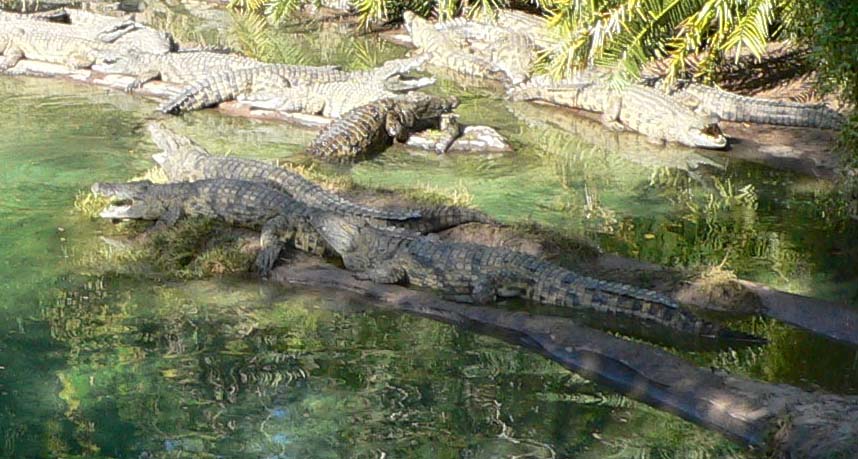 After several complaints about spotting a group of crocodiles in the Beirut River from the seaside in the area between Sukleen company and slaughterhouse, and after extensive follow up and monitoring the area for two weeks, pictures of a young crocodile were taken at the Beirut river.

The Lebanese based arabic newspaper “Al Jamhouriya” quoted  witnesses that the crocodile was present in the area a few meters away from people. The same source also added that the rest of the group was not spotted and investigations can not clarify if this (3-5 years old) crocodile was thrown in the river.

On another note, eye witnesses confirmed the that a minimum of three crocodiles with one of them exceeding four meters length, was located on the downstream from the sea, at the area adjacent to Beirut River.

According to the newspaper, the crocodile which was filmed belongs to a class Nile crocodile “Crocodylus niloticus”. It is one of the most dangerous crocodiles in the world, a major threat to humans, responsible for hundreds of deaths of people every year, and is originally from Africa.

The average length of a Nile crocodile is from 4 to 6 meters, and weighs about 500 kilograms. The Nile crocodile is a predator and very aggressive, and has the ability to snipe almost any animal in their respective fields.

The newspaper also called upon citizens not to head to the place where the crocodiles were spotted for their own safety  and not to kill these crocodiles in the case of spotting any.