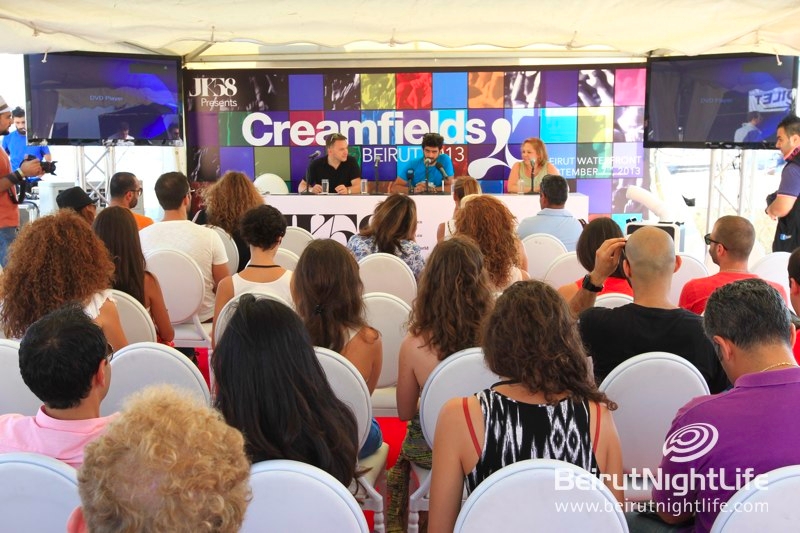 During a press conference held on June 21st at Long Beach Al Manara, on the very same day that Lebanon prepared for world music day, JK58 officially announced to both local and regional press the highly anticipated and long-awaited biggest dance and electronic party of the year, Creamfields, which will take place on Saturday 7th September 2013 at Beirut Waterfront.

The press conference was convened in the presence of Creamfields’ representatives, a spokesperson from the ministry of Tourism, a representative on behalf of Beirut Waterfront and the JK58 management team.

Bringing you new dimensions of art, music and sports event, JK58 invites you all to be part of this new musical journey: Creamfields Beirut.