Comedian Amalia Abi Saleh suffering on the doors of hospitals! 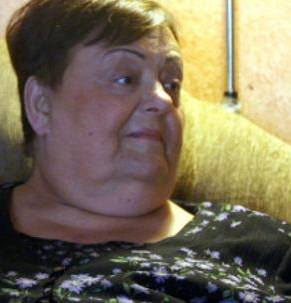 The legendary Lebanese comedian Amalia Abi Saleh, one of the most known actresses in Lebanon, is suffering and hospitals are refusing to admit her because she has governmental Health Ministry insurance. This angry message from Lebanese actress Lillian El Nimry was posted on her Facebook page calling for those concerned to interfere and help Amalia after her health deteriorated and she needs urgent medical care. News reports stated that Amalia is till awaiting to admit her to American University Hospital and trying to solve the issue of Ministry of Health insurance and Social Security.

Lillian posted: “Please let the word our, maybe your call and those who are sick will awaken the sleeping consciences. The comedian actress Amalia Abi Saleh, who drew a smile on our faces, is suffering from illness and its a shame shame shame that not one hospital is admitting her because of her government insurance. Amalia is not a no-one in this nation. Amalia fought, raised a family with hunger, happiness, and pride during the war days… We should not keep silent on this medical disgrace… Where are those MP’s? Where are the ministers? Where is the humanity and conscience of these hospitals? It is not allowed starting today, to keep artists and actors waiting on the doors of hospitals and not admitting them because they have Health Ministry insurance! We will not sit still! Ministry of Health should take immediate action towards this miserable situation. They should go tonight and take her from her house to a hospital just like any country that respects humans before artists and actors. May God be with you Amalia.. This is a shame!”

This post was shared by a high number of fans of Amalia and Lilian, as well as those sympathetic with Amalia’s situation.

BeirutNightLife.com would like to share this status as well and call for an immediate action to help Amalia and all actors and actresses in Lebanon, who are the backbone of this rich culture and heritage of Lebanon..

BeirutNightLife.com would like to wish the best for Amalia and hope she gets well soon.