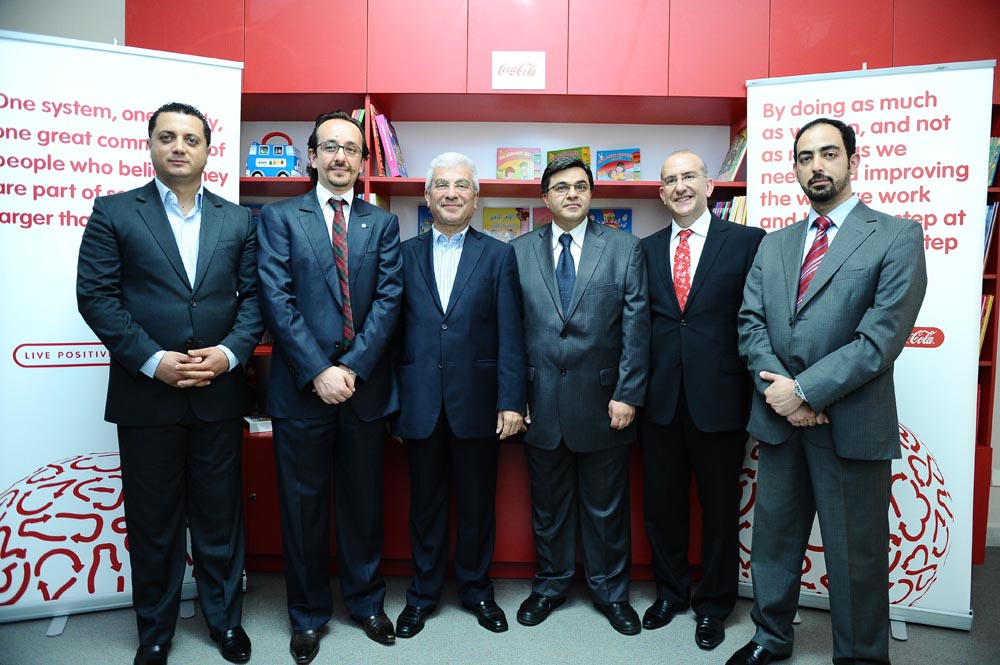 As part of the “Reaching out to Children in Hospitals” program, Coca-Cola Middle East inaugurated today a children’s library at Baabda Government Hospital, the first in a Public Teaching Hospital. The ceremony was held under the auspices of the Minister of Public Health Ali Hassan Khalil represented by Dr. Michel Kfoury, President of the Health Bureau in Mount Lebanon and was attended by high ranking Baabda officials, representatives from Coca-Cola Middle East and the hospital as well as members of the press.

Coca-Cola supplied Baabda Government hospital, the first Public Teaching Hospital in Lebanon in cooperation with the Lebanese University Medical School, with a collection of over 150 educational books in Arabic, English and French and a wide selection of toys while furnishing the room with the best equipment offering hospitalized children a space for education and fun.

Imad Benmousa, General Manager of Coca-Cola Middle East, praised the determinations and efforts of the hospital’s administration in increasing the standards of its medical services to compete with the private sector. The 107th year’s institution is the first Public hospital to benefit from the Coca-Cola program and it was selected for the role it will be playing in both academic and teaching levels.

Benmousa said: “We are delighted to continue our long-standing commitment to brightening the lives of children in hospital rooms. Through this program, we combine education and fun to bring happiness to hospitalized children while offering a pleasant distraction and some relief from the stress of being in a hospital,” he added.

Since 2001, Coca-Cola has been extending a caring hand that aims to brighten up the lives of hospitalized children by providing hospitals around the country with libraries that contain a collection of children’s books and toys. This library is part of a network of 19 similar structures in hospitals in different Lebanese regions.

“We highly appreciate Coca-Cola’s initiative to install a children’s library in our hospital’s pediatric division. This generous contribution will further enhance the quality of care we strive to give to our young patients”, said Mr. Farid Sabbagh, General Manager of Baabda Government Hospital.

He added: “This project comes in line with our strategy to position the only Public hospital in Mount-Lebanon region in the same level as the private hospitals in the region. The Lebanese University took in charge the funding of our new medical equipment; therefore we are now capable of maintaining our prominent position to become an academic reference for the Lebanese University Medical School”.

Antoine Tayyar, Public Affairs and Communications Director of Coca-Cola Middle East, stressed on the project’s objectives aiming to brighten up the lives of hospitalized children by providing hospitals around the region with libraries including a wide collection of children’s books.  “The Coca-Cola project, reached more than two hundred fifty thousand hospitalized children across Lebanon, Jordan, Palestinian Territories and Bahrain, benefiting annually from more than thirty libraries launched to-date.”