The cosmopolitan city knows how to throw ’em back. After this tour of top watering holes, you’ll know why

As partners go, “bar-hopping” and “Middle East” might sounds like dogs and cats, but a night out in Beirut is an exception.

The city has long been the party capital of the region, from its swinging ’60s heyday as the playground of the international jet set to its more recent resilience after years of conflict.

Beirut’s bar scene centers around the neighborhoods of Gemmayzeh and Hamra, and the recently hip district of Mar Mikhael.

Here are 10 places where Beirut warms up, gets hot and winds down. 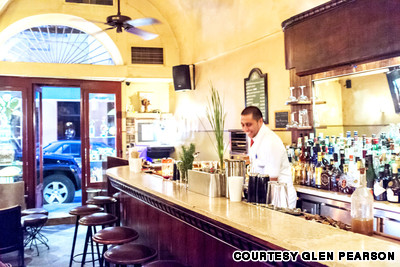 From the dapper barmen to the art deco-style and old cinema seats, Dragonfly is all retro charm.

Lebanon may have gained independence from France in 1943, but there’s still a Parisian feel to this small cocktail bar on Gemmayze’s main drag.

Behind the bar, Nino and Danny mix inventive cocktails to old school jazz.

The daily happy hour from 6 to 8 p.m. makes Dragonfly a perfect place to start a Beirut night. 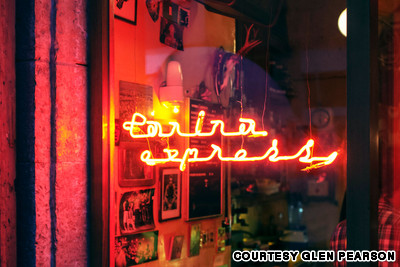 Whatever time you visit Torino Express, you’re bound to find someone interesting propping up the bar.

Undoubtedly the city’s most atmospheric drinking den, this tiny bar next door to Dragonfly is a Beirut institution.

What it lacks in size, this former picture-framing shop makes up for in character, with barrel-vaulted ceilings, no-frills décor and unpretentious crowd. 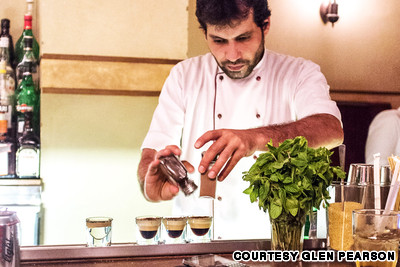 In the mood for dessert? Tiramisu shot!

Down a quiet side street off Gouraud Street, Kayan is the kind of place you’d like as your local if you lived in Beirut.

Like many Gemmayzeh bars, there’s no drink menu. Unlike its competitors, the owners are behind the long wooden bar. Brothers Kayan and Jean Moukhtar are renowned for their tiramisu shot (they also make a mean Bloody Mary). 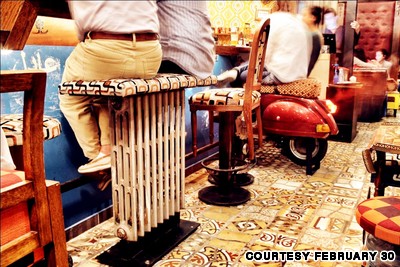 There’s furniture stuck to the ceiling, a DJ booth above the bathroom door and Beirut’s best bar stools.

The generous happy hour — all drinks half-price between 5-8 p.m. daily — provides a good excuse to visit.

On Sundays there’s a barbecue followed by a Lebanese film ($27). 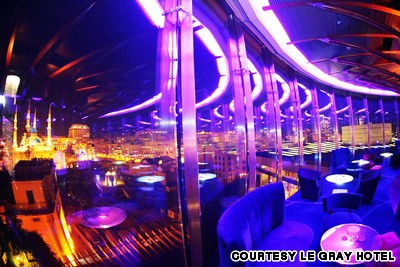 Set around a dramatic glass atrium, this lounge offers some of the best views of the city, sea and surrounding mountains.

Visitors can pull up a pew overlooking the blue-domed Mohammad al-Amin mosque and join a sophisticated crowd sipping the signature ThreeSixty Martini.

A huge wine list features excellent local and international bottles, while the delicious charcuterie and cheese platters are good for sharing. 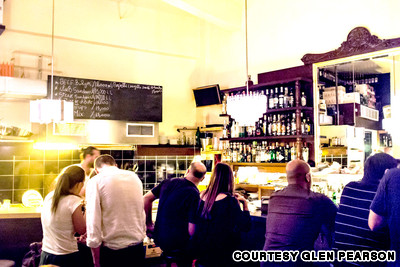 Not an Inter Milan fan? Best keep that to yourself at Internazionale.

Named after Italy’s Inter Milan football club, this happening hangout is the latest offering from Andreas Boulos, the Lebanese-German owner of Torino Express.

An equally hip crowd sips cocktails from an impressive list, although they’ve got to smoke outside these days thanks to a recently introduced smoking ban. 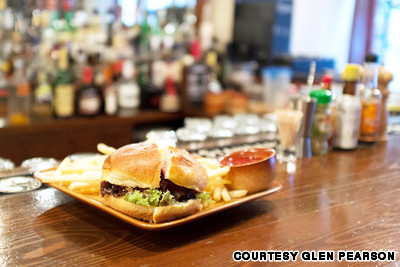 Despite its proximity to the prestigious American University of Beirut, this cozy, low-key gem attracts a 30-something crowd.

The music reflects this, with a playlist featuring funky old school, indie rock and ’70s and ’80s tunes -– but strictly no electro.

The main draw is the Ferdi burger, which is topped with blueberry jam and homemade mayonnaise ($15). Trust us, it’s worth it. 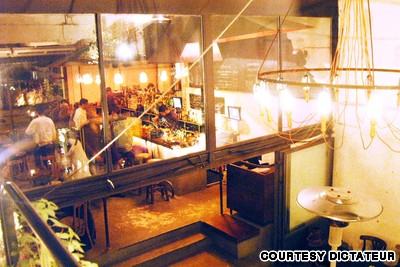 With an underground vibe, industrial look and arty crowd, this watering hole on the outskirts of Mar Mikhael is worth seeking out.

Split over four areas, there’s a busy bar serving local beers and cocktails, with a happy hour every day from 6 to 8 p.m.

DJs play alternative and indie rock. If you want quiet conversation with your cocktail, there’s a lounge area and outdoor terrace.

9. Behind the Green Door 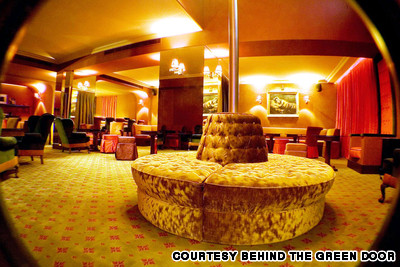 Behind the Green Door attracts Beirut’s alternative party crowd (and a few hen nights, too) who come for the wide mix of music, including R&B night on Thursdays.

It gets packed on weekends, so visitors are advised to call head to reserve a table.

Consider plumping for a Piscine (champagne over ice) or brave a dou-dou shot (vodka, lemon juice and Tabasco with an olive). 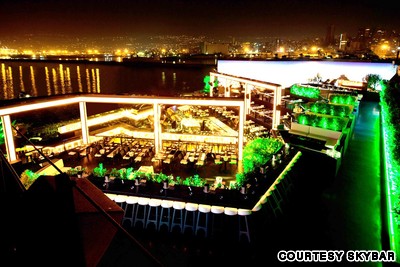 No round up of Beirut bars is complete without the one that put the city on the international party map.

Dress to impress and reserve a table to get past the notoriously tough doormen — there’s no minimum spend, but you’ll need at least eight people.

Other clubs may be snapping at its heels, but SKYBAR is still the one you want to brag about to your mates back home.

Newer Post Ignite The Night: Lebanon’s To Do List March 28 – April 3rd
Older PostHamra vs. Gemmayzeh – Battle of the Neighborhoods!