Chris Norman – Living Next Door to Alice – in Lebanon

Chris Norman, brought to you by Loft Investments, will be playing live on stage on April 2, 2011 at the Warehouse&Loft. His hit songs that include Living Next Door to Alice and I’ll Meet You at Midnight…

In 1982 he leaves Smokie to start a solo career. The German producer Dieter Bohlen writes the song “Midnight Lady” for Chris. It reaches the number one position in Germany and top ten positions all around the world. 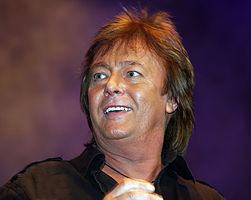 This hit was followed by a smaller hit “Some Hearts Are Diamonds”, which was also a ballad written by Dieter Bohlen. Two years later Chris Norman came to Hamburg to record a new single with Dieter Bohlen, called “Broken Heroes.” The song reaches the number three position in the German charts.

The reason behind Chris Norman’s success can be seen live on stage in Lebanon.