Chelsea fans celebrate in the Streets of Beirut 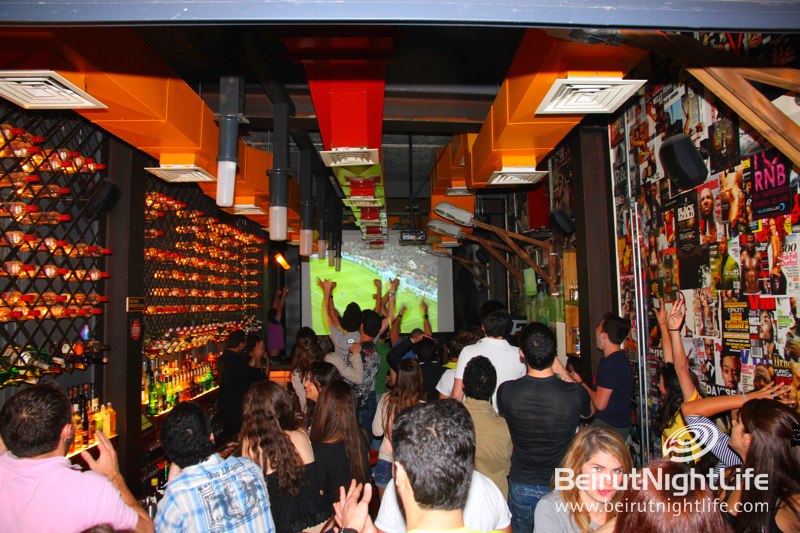 Beirut was Blues yesterday night, when Chelsea supporters invaded the streets after they secured a spot in the Champions League Final 2012 in Munich. Chelsea picked up a crucial draw 2-2 at Camp Nou against Barcelona which secured them a 3-2 aggregate after the win 1-0 in Stamford Bridge. The Catalans opened the score sheet with Sergio Busquets and Andres Iniesta in the first half before Ramires managed to score before the end of the first half. John Terry was also sent off to make it a very intense game.

The second half witnessed full control for Barcelona but with no finish. The game was finished for good by substitute Fernando Torres in the final minute of injury time. Roberto Di Matteo’s team now will travel to Munich on May 19 to face either Real Madrid or Bayern Munich.

The streets of Hamra, Gemmayze, Uruguay streets, Rawche, and Antelias were packed with Chelsea supporters and of course Real Madrid supporters who cheered against Barcelona. Pubs, bars, coffee shops filled up with Barcelona and Chelsea jerseys enjoyed yet another sports night in Beirut. Motorcycles, cars, and pedestians, cheered till the early hours of the morning.. Honking cars could be heard in Ras Beirut, Hamra, and Achrafieh.