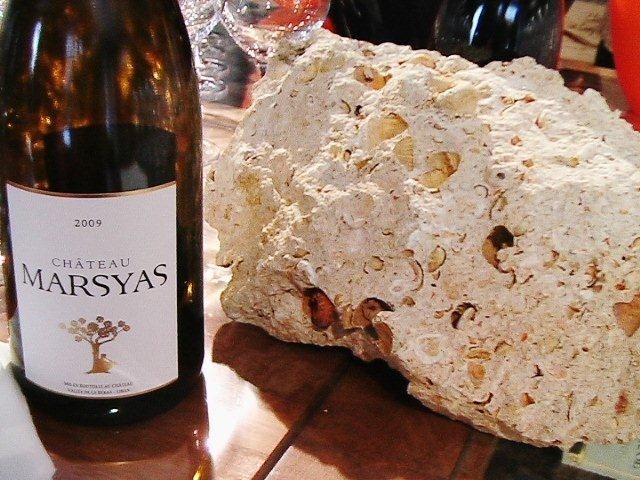 In line with its wines’ international distribution, the Johnny R. Saadé family announces the introduction of Château Marsyas (Lebanon) and Domaine de Bargylus (Syria)  onto the UK market.

Discovering these two different terroirs which grapes are grown respectively in the Bekaa valley for Chateau Marsyas and on the outskirts of the port city of Lattakia for Bargylus, London wine amateurs and connoisseurs appreciated tasting international grape varieties planted in two different terroirs. Critics from the British press were also following introduction of both wines.

Commenting on Bargylus 2007 Red, Jancis Robinson wrote on April 21st 2012 in the Financial Times “I tasted their current offerings and was particularly impressed by the 2007 Bargylus Red, a blend of Syrah, Cabernet Sauvignon and Merlot with real savour and depth of flavour”.

Eric Pfanner talked in the The New York Times about the Johnny R. Saade family’s history and adventure in wine making. “At Marsyas and Bargylus, the Saadé brothers are trying to do things differently. They want to make wines that can hold their own against the most polished examples from Europe or the New World, but that happen to come from the Middle East”

Andrew Lechmere for Decanter.com highlighted mid-march 2012 the international nature of the wines reporting « The Saadé brothers are clear they want to make a wine with international credentials »

Although newly introduced onto the UK market, Château Marsyas wines are already listed in some of London’s finest restaurants, including; Gauthier, Marcus Wareing at The Berkeley, L’Atelier de Joël Robuchon. They are also available at retail from Philglas & Swiggot Chateau