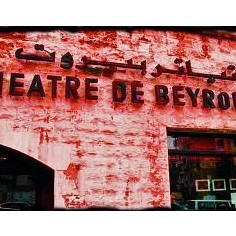 Beirutnightlife.com came across the letter below, as most of you out there have. It’s important to know what’s happening out there and play a small role in helping make changes… Beirut Theater is going to close down due to the decision of the owners of the real estate.

Beirut Theater represents the cultural and theatrical heritage of the Lebanese citizens for accommodating most of the theatrical movements since 1964 till now. It has played important social and cultural roles throughout many wars, and thus it has become the never dying heart of the cultural city.

A letter demanding that the Ministry of Culture to acknowledge its own responsibility in labeling Beirut Theater as a cultural heritage space and thus saving it. The passive role that the ministry is playing would demolish the Lebanese cultural life.  This is not the first theater to close down. Enough with cultural terrorism!!” express petitioners fighting against this move.

A sit in is scheduled tomorrow  at the Ministry of Culture on Wednesday 21st of December at 10:30am.

What do you think? Share your thoughts with us…