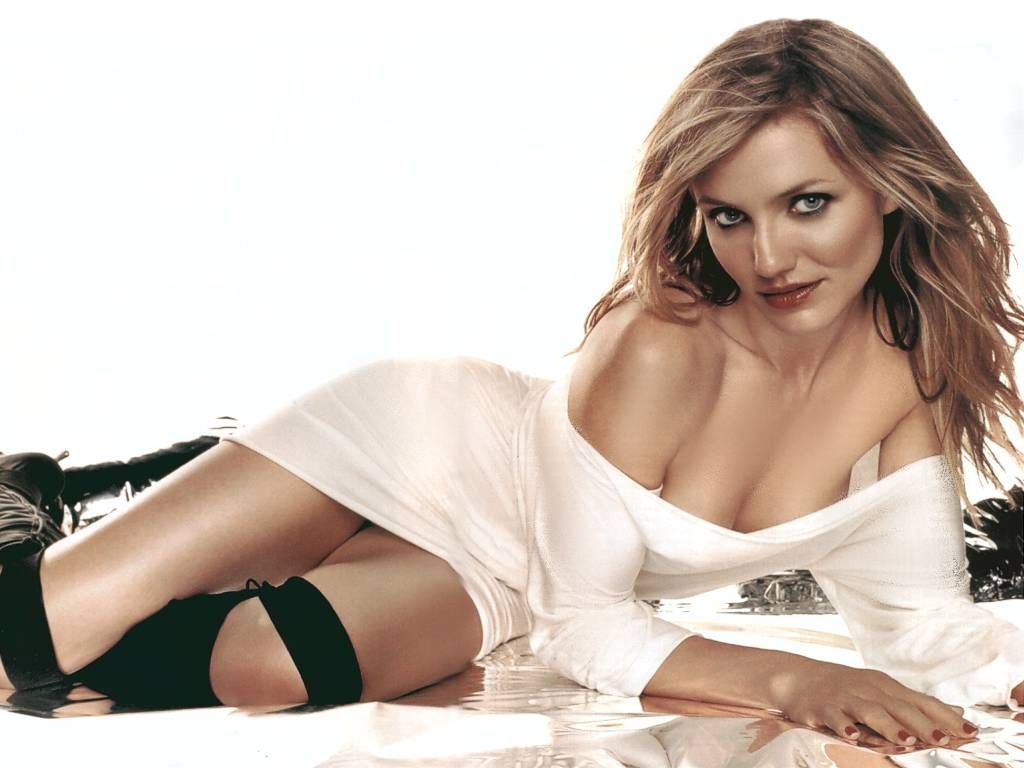 CAMERON Diaz looks stunning as she poses in a backless lace dress for the December issue of Elle UK magazine.

Cameron shows off her fabulously toned physique and striking looks in the picture, accentuating her full lips with bold red lipstick.

The 40-year-old Hollywood star is seen posing on the cover of the glossy fashion publication in a white dress and appears in a series of images inside – including one where she wears a tailored pink trouser suit while seductively resting her head on her hand.

Inside Cameron takes on an old fashioned pub quiz, designed to put her knowledge of British culture to the test.

She jokingly answers questions including “what burns most calories – 30 minutes of dancing or 30 minutes of sex?” to which she replies: “Ha ha ha! Depends on what kind of sex you’re having. Try ‘em both! Do them both on the same day, that’s what I say!”

And the screen-star tries to hide her embarassment when she was asked out of Theakston’s Old Peculier, Timothy Taylor’s Landlord, Bradley Wiggins’ Leathery Saddle, Worthington’s White Shield or Brunswick’s Black Sabbath, which isn’t a brand of beer – and she replied Black Sabbath.

When it was pointed out to her that Bradley Wiggins was in fact an Olympic cyclist she said: “The leathery saddle sounds so convincing! Alright so I didn’t follow the Tour de France this year. And honestly, names to me – I forget names quicker than they’re actually spoken to me. Literally, it’s like a form of dyslexia.”

During the wacky Q&A session Cameron also admitted that she loves pork scratchings.

The full interview with Cameron appears in the December issue of Elle UK, on sale Wednesday November 7.