Brazilian Girl sells her Virginity to help the Poor 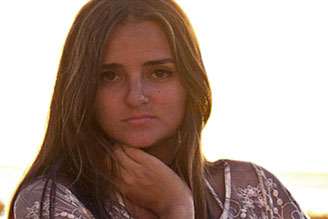 Katrina Mageleorina (20 years old) a Brazilian girl that offered to put her virginity in an auction for sale, in order to provide the amount donated to help build houses for the poor people of her hometown in the state of Santa Catarina in southern Brazil.

The amount that reached the price paid at the auction reached 155 thousand dollars so far. The offer and announcement have steered some controversy in Brazil after announcing this in a documentary produced by an Australian production company titled “Wanted Virgins”.

The Australian production team will continue until the end of the auction and will be filming the facts end and the person winning Katerina’s virginity.

Katrina will give the person a winner her virginity on a plane flying from Australia to the United States so as not exposed to the charge of prostitution. She also denied the charges against her of committing adultery and prostitution and said that its goal is noble and money will go to a non-profit organization to build houses for poor people.