Brazil out of top 10 in new FIFA rankings 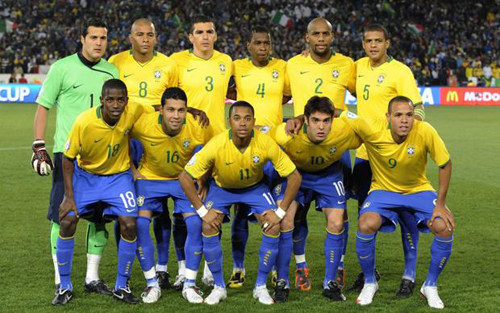 For the first time ever, since the creation of this system in 1992, Brazil has lost a spot in the top 10 FIFA ranking in the world. The current Brazilian team has not risen to the standards of the 2002, 1998, and 1994 teams, especially after loosing two friendlies with Mexico and Argentina recently.

The new ranking kept Spain, the World Champions and the Euro 2012 winners, in the top rank followed by the developed German team and Uruguay in the third place. The new arrival to top 5 was England in fourth place, and Euro 2012 runner-up Italy made it to the sixth place. Portugal have also jumped into the top five after reaching the Euro 2012 semi-finals.

Check out the new FIFA rankings: