No Bikini for Miss World Pageant 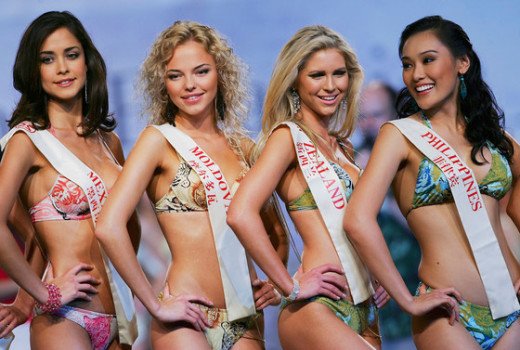 Organizers of the Miss World beauty pageant in Bali this September have made a shocking announcement: the 137 women competing will NOT be strutting any of their stuff across the stage in a two-piece.

“I don’t want to upset or get anyone in a situation where we are being disrespectful,” Morley said. “We treasure respect for all the countries that take part in the pageant.”

There’s a safety issue at work here as well.

Lady Gaga canceled a concert in Jakarta last year after religious protestors referred to her as a “messenger of the devil.”

Look for the pageant contestants to don sarongs and other more conservative attire for the beach fashion part of the event.