The Biggest Lebanese Rock Concert EVER! 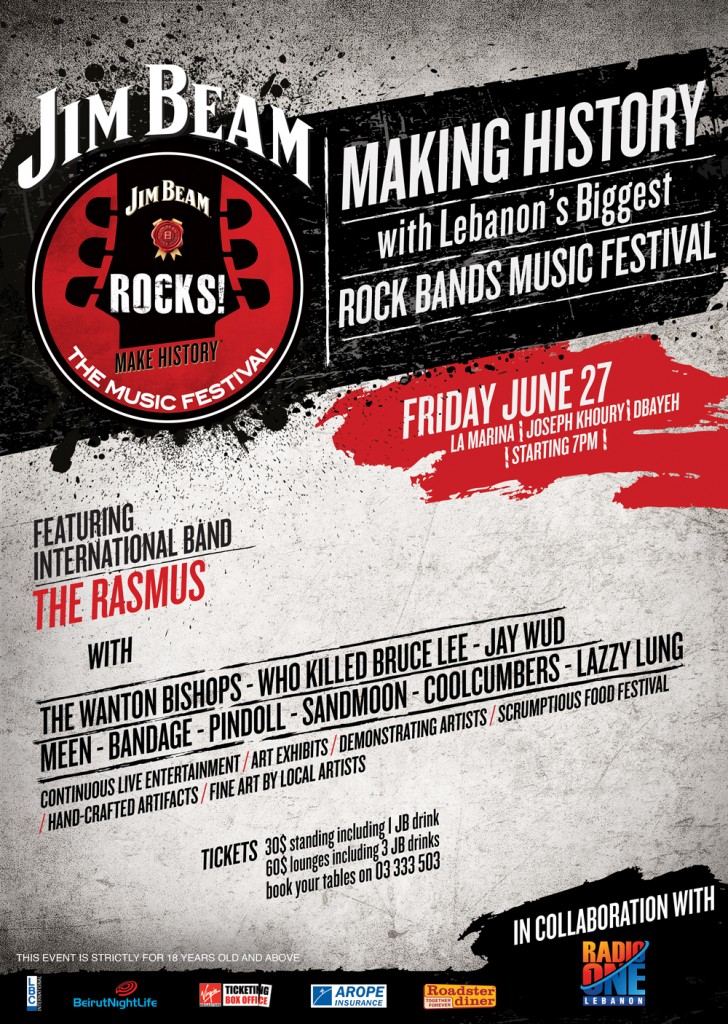 It’s going to be like nothing we’ve ever seen before! Lebanon’s rock fans have been waiting for this for years, and now it’s finally here, the biggest rock concert to hit Beirut! The world’s #1 Bourbon JIM BEAM in collaboration with Radio One is taking it up a notch, and doing something truly unique and historic. Be part of history in the making with the JIM BEAM Rocks Music Festival on Friday June 27.

Get ready to rock, as the festival will feature 9 of Lebanon’s biggest and most talented rock bands, plus international rock band The Rasmus, who’s megahits have included “Livin in a World without You” and “In the Shadows”. Plus the Lebanese bands that have toured the world and rocked out cities from the US to Europe and the Gulf are all gathered for one night of immense musical pleasure. The Wanton Bishops, Who Killed Bruce Lee, Pindoll, Jay Wud, Lazzy Lung, Sandmoon, BandAge, Meen – Lebanese Rock, and the Coolcumbers will all be showcasing their amazing talents, showing us Lebanese how much local talent we have right here.

Plus there will be an array of live performances, hand crafted artifacts and local artists exhibits. It’s all happening on June 27 at La Marina Joseph Khoury Dbayeh starting 7.00 pm so make sure to  get your tickets at Ticketing Box-office in advance. Make history with JIM BEAM ROCKS.