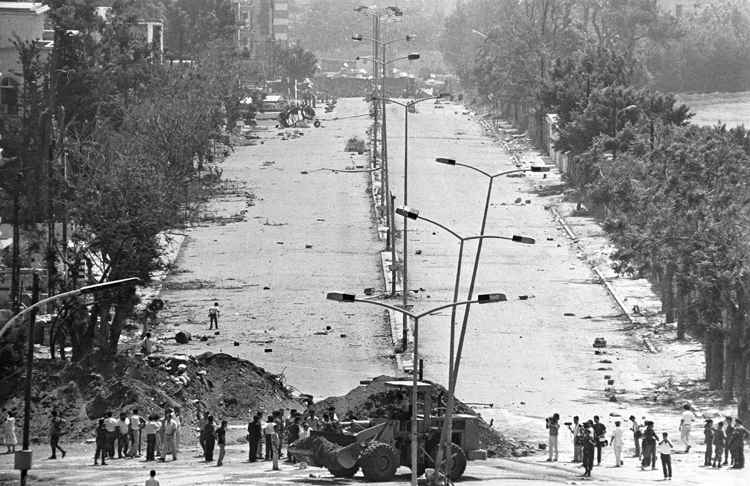 If you have the chance to go see Jamal Saidi at the Chicago Photography Center in the US, you will enter the true world of Lebanon.

A world that is socially complicated with a large number of religions sects, and nowhere is more cosmopolitan than its capital Beirut, where all of them meet, mingle, fight and fraternize, expresses writer Michael Weinstein, who saw Saidi’s expo.

He adds, “Conflict photographer Jamal Saidi knows his native city intimately and has documented its troubled vicissitudes and its resilience for more than three decades in edgy, bold and energy-laden black-and-white and color shots. Contrast is the name of Saidi’s game; he wants to show, in this retrospective, the devastation and oppression that Beirut suffered in the late twentieth century as a result of civil war instigated by external powers, and its rebirth as the jewel and entrepot of the Middle East after the millennium.Compare Saidi’s grim black-and-white image from 1987 of two traditional women walking obliviously past a sandbag bunker manned by a Syrian soldier with a big picture of Ayatollah Khomeini behind him, with a 2011 color twilight take from above of the seaside boardwalk, the Corniche, bathed in brilliant orange that envelops an endless stream of promenaders taking their leisure and enjoying the good life again. There is no doubt where Saidi puts his heart.”

More about Jamal Saidi: He  is a professional photographer and photojournalist whose life’s work has appeared in a wide range of international and regional newspapers and magazines, including The Independent, The Guardian, The International Herald Tribune, The New York Times, The Washington Post, TIME, Newsweek, and a broad library of Reuters publications, to name but a few. His work has been featured in exhibitions around the world from Lebanon, Qatar, Jordan, and the United Arab Emirates to Switzerland, Spain, China, Holland, and the United Kingdom. 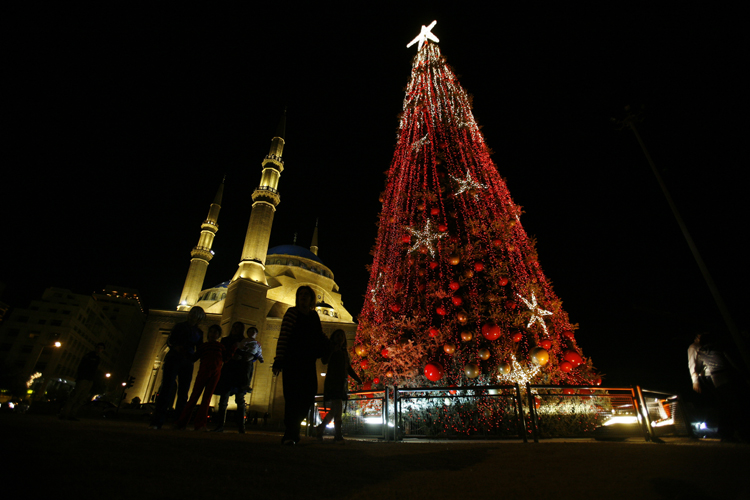 Since 1977, Jamal has photographed a wide variety of subjects, from conflict and current affairs to sports, fashion, culture, and lifestyle. His conflict coverage includes the Lebanese Civil War (1977-1990) and the Iraq War (1991-2004), as well as events in Sudan, Yemen, Libya, Iran, Saudi Arabia, and Jordan. He was injured on the field in Lebanon in 1981 due to a car explosion and again in 1982 during an Israeli attack, and was kidnapped twice in Lebanon during the civil war and once in Iraq. Although Jamal prefers to be the one behind the camera instead of in front of the lens, Al Jazeera, Al Hora, and Future Television have produced documentaries about his life’s work, and Jamal is frequently invited by major Arab news networks to speak about the challenges of conflict coverage, the rights of photographers and cameramen, and the emergence of digital photography. 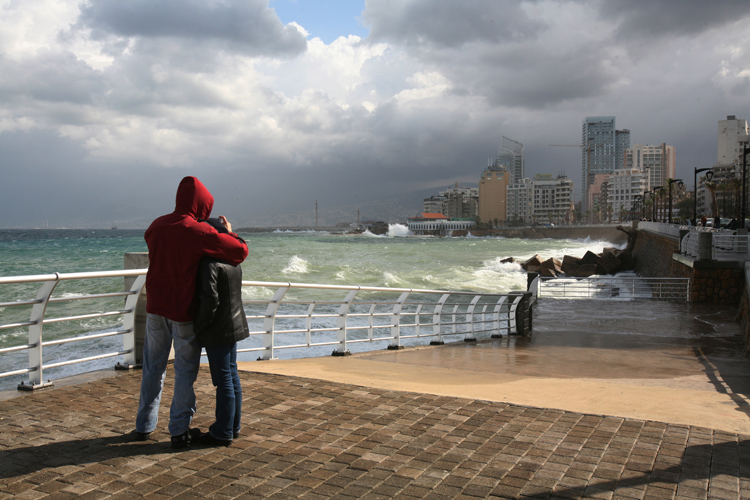 Today, Jamal works as the Chief Photographer of Reuters for Lebanon and Syria and is the Honorary President of the Lebanese Press Photographers Syndicate, which he served as President for more than a decade. He currently lives in Beirut with his wife and children.

Jamal Saidi says that, “Throughout my career, I have had the opportunity to document events in my country, capturing the realities of 15 years of civil war and the reinvention of one nation shared by communities of 18 different faiths. In this exhibition, to offer a window into my country and what it has gone through, I decided to contrast archive images of conflict that many people still think of when they hear ‘Beirut’ with images of Beirut as it is today – a captivating and glamorous city that reflects the resilience and bright spirit of the Lebanese people, and the ever brighter hopes that we hold for the future.” 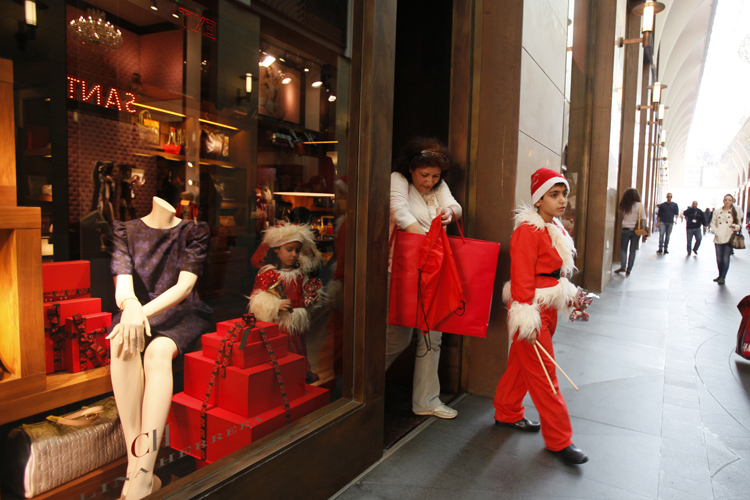