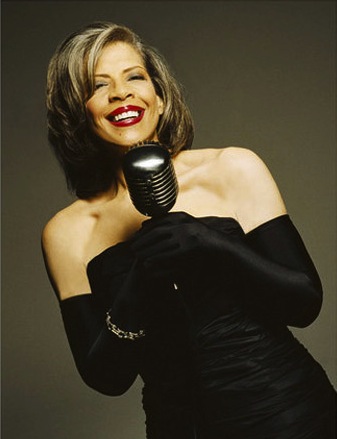 One would be surprised if singer-composer Patti Austin did not have talent, given her impressive musical pedigree and early exposure to some of the most trend-setting artists of the twentieth century. Born to musician parents Gordon and Edna Austin, Patti Austin made her stage debut at Harlem’s famous Apollo Theatre at the age of three with her famous Godmother Dinah Washington.

As an adolescent she appeared on “The Sammy Davis, Jr. Show” (1966) and performed in the stage versions of “Lost In The Stars” and “Finian’s Rainbow”. Age nine found her travelling to Europe with her Godfather Quincy Jones. With an immaculate voice and natural musicianship she toured at the age of sixteen with Harry Belafonte. In the 1970s upon the generous recommendation of Valerie Simpson (of the husband & wife songwriting team “Ashford and Simpson”), Austin began to receive numerous opportunities to compose and sing TV commercial jingles. Additionally she became one of the most prolific session singers of the decade; recording with Paul Simon, Billy Joel, Jazz guitarist and vocalist George Benson, Joe Cocker, and Roberta Flack to name a few. In the 1980s she worked with the groups Steely Dan and the Blues Brothers. Maintaining her long association with Quincy Jones, Austin’s vocals were featured on his album and title song “The Dude” which earned a 1982 Grammy Award. Long since her first R & B hit “Family Tree” (1969), in the 1980s Austin had joined the ranks of a minority of women lauded for their songwriting ability and vocal expertise.

She garnered another hit with “Every Home Should Have One” on Jones’ Qwest Label, and scored a #11 UK hit with “Razzamatazz” in early 1981. Two duets with singer-composer James Ingram brought her even greater exposure as “Baby Come To Me” became the love theme for the popular daytime drama “General Hospital” (1963) (US #1, UK #11 in 1983); and “How Do You Keep the Music Playing?” from the feature film Best Friends(1982) was nominated for an Academy Award. She also sang the theme songs for _Two Of A Kind (1983)_ and Shirley Valentine (1989). Her album “The Real Me” featured a collection of standards composed by Duke Ellington, George Gershwin, and Cole Porter. After a string of successful albums, dozens of compositions recorded by a variety of recording artists, and collaborations with Jazz/Pop/R&B masters Quincy Jones and Dave Grusin, Austin remains one of the most prolific musical talents of our time.