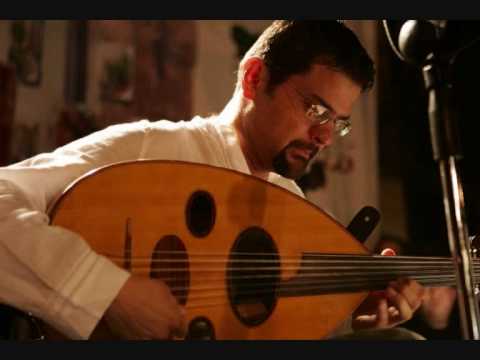 CHARBEL ROUHANA’S BIG BAND with 20 musicians on the stage of Beirut Jazz Festival. Charbel Rouhana was drawn to the oud because it reflected the oriental ambience of his beloved homeland. The oud {a short-necked, half pear-shaped, plucked, instrument} is a direct ancestor of the European lute and the most popular string instrument in Middle Eastern music. Born in Amchit, Lebanon in 1965, Charbel earned a Diploma in oud performance and a MA in musicology. Au…thor of eight books describing a next style, technique and method of playing the oud, and a teacher at USEK {The Holy-Spirit University} and at Lebanon’s National Conservatory of Music.

Winner of the Murex d’Or for the year 2000 / Musician of the Year. Winner of the First Prize at the 1990 Hirayama, Japan competition for the composition “Hymn of Peace”.