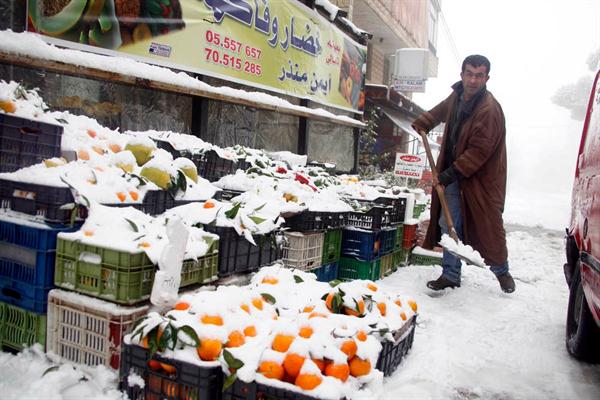 It’s the topic du jour: The Storm! There’s kind of a lack of a consensus on what to call it (how very Lebanese!) The “Bride” storm, it was called at first, because it was meant to leave the country covered in white. Cute and whimsical. Then a few wisecracking folks on social media nicknamed it “Bridezilla”, after a foul mythical creature that consumes the souls of brides-to-be during wedding planning. One friend of mine suggested perhaps the “Mother in Law” storm was even more appropriate. 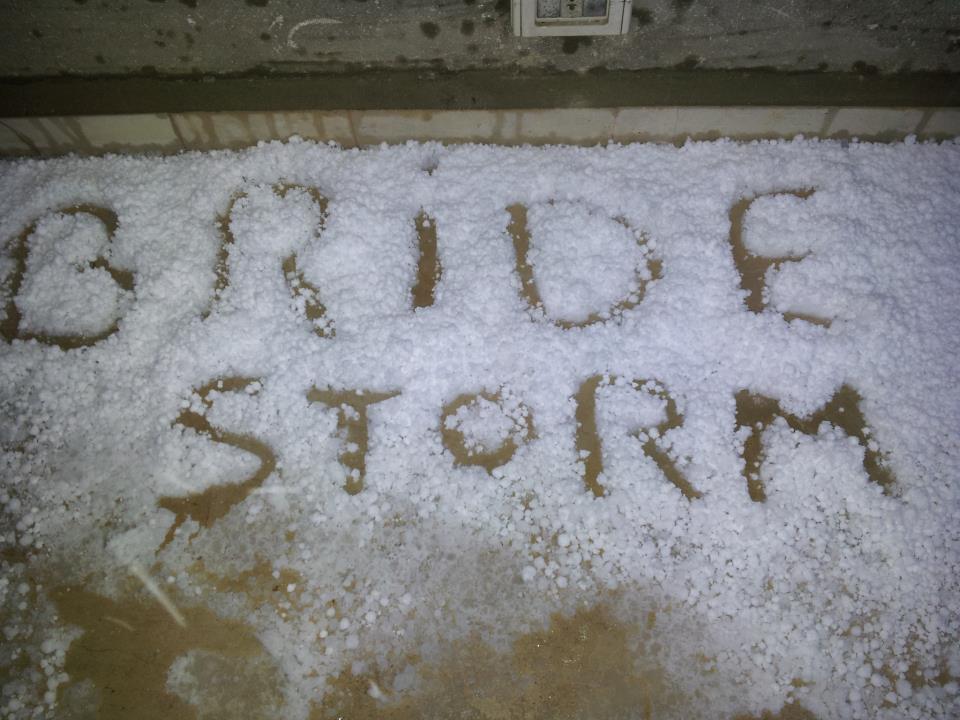 Posted by Edmond M. Traboulsi on Lebanon Weather Forecast
On the news yesterday it became a bit of a battle of names. LBC called the super storm “Olga” because it originated in Russia, and since MY name just happens to be Olga I thought this was pretty hilarious. MTV on the other hand called it Georgette, which I find unappealing. But I guess I’m biased here! 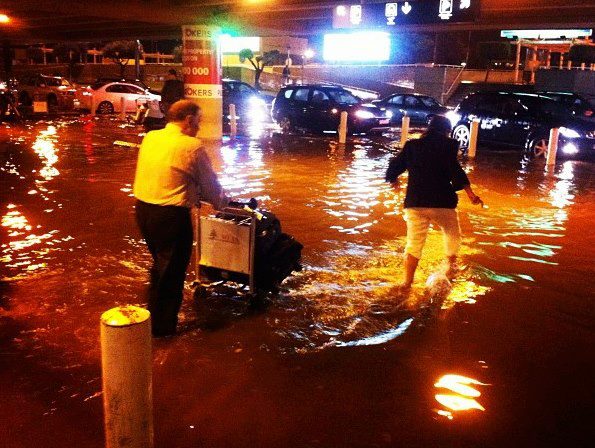 But whatever you’re calling it, it, is definitely calling for as much attention as possible. According to various news reports the country is “paralyzed”. On the first day (Monday) the rain came down so hard on our poor infrastructure that cars were literally floating up in pools of orange water. People were wading through water and stranded on top of cars. The scenes were horrifying. Electricity cuts became more frequent. But we still didn’t have proper water in our taps. My mom said to me, “Don’t waste water. It hasn’t been coming.” Irony? 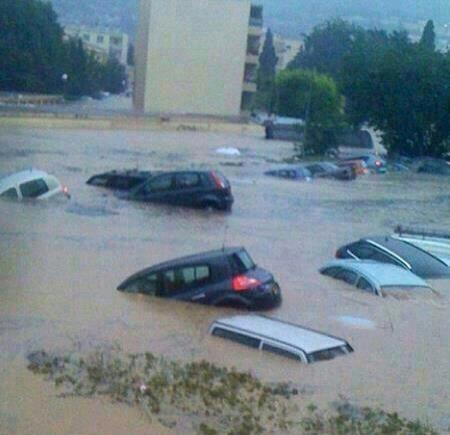 Posted by Elie Nasr on Lebanon Weather Forecast
Yes, it’s intense and unusual for Lebanon to have this much rain but this wasn’t a typhoon or a tsunami. The snow later only made things worse but it was the excessive rain that initially threw the country into paralysis. These things shouldn’t be happening in weather conditions considered the norm in most of Europe and North America. Proper sewage ducts are not a luxury. The government suspended schools for two (and later extended that) days. Many people didn’t go to work, while others were sent home early by their employers. Children rejoiced. Adults, less so. 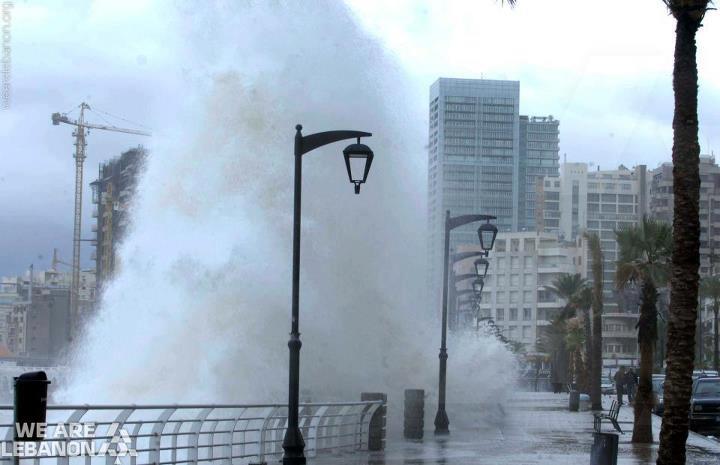 And the photos. My God the photos. They’re everywhere. A picture really is worth a thousand word, and one word, “storm” is worth a thousand pictures, it seems. Many began to share the horrors of the flooded roads on Monday. Memes and jokes too were popping up like mushrooms, with one prominent meme featuring a police officer on a jet ski in the streets of Beirut (later embellished with a shark, Baywatch lady, etc. in the background). 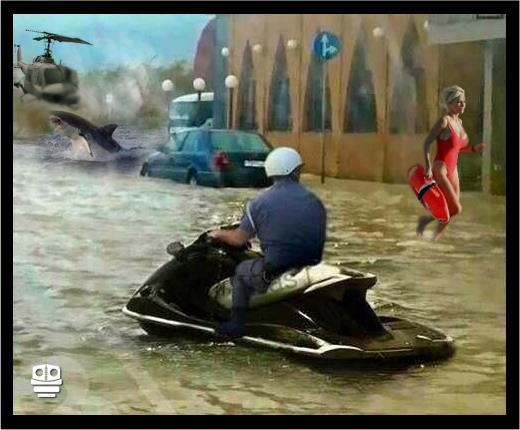 When the snow started falling, some of the photos got cheerier—pretty snowy peaks, pretty snowflakes and such. The news and internet filled up with photos of picturesque winter wonderlands in addition to the scarier stuff. The Facebook page Lebanon Weather Forecast went into overdrive, posting photos and updates about weather conditions across the country. 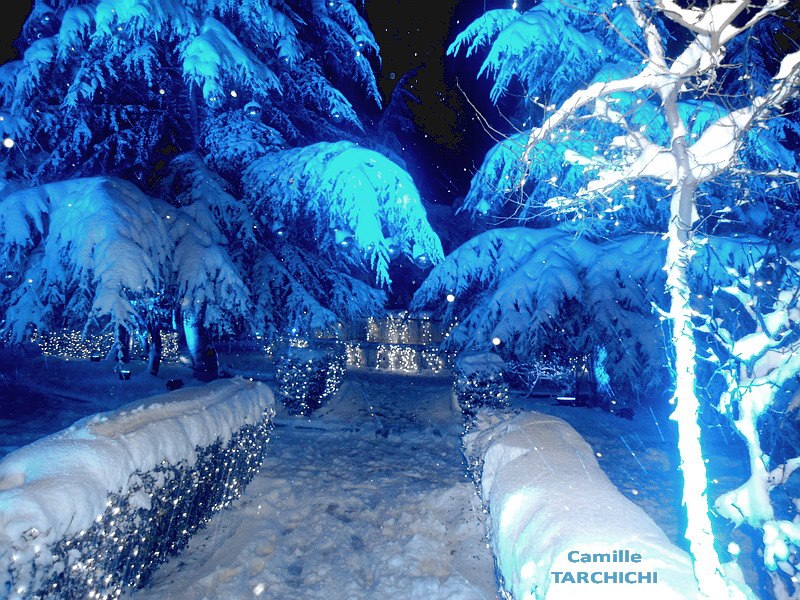 But the horrors didn’t stop. While some segments of the news broadcasted cute images of children throwing snow around, others showed that the biting cold hasn’t been cute for everyone. There were at least 4 fatalities, not to mention material damage. The poor, the disadvantaged and the displaced were hit the hardest. While we complain of no electricity and being snowed-in, which are bad enough, there are people for whom “freezing to death” is not a figure of speech. I won’t bore you with the details, you can read them here. 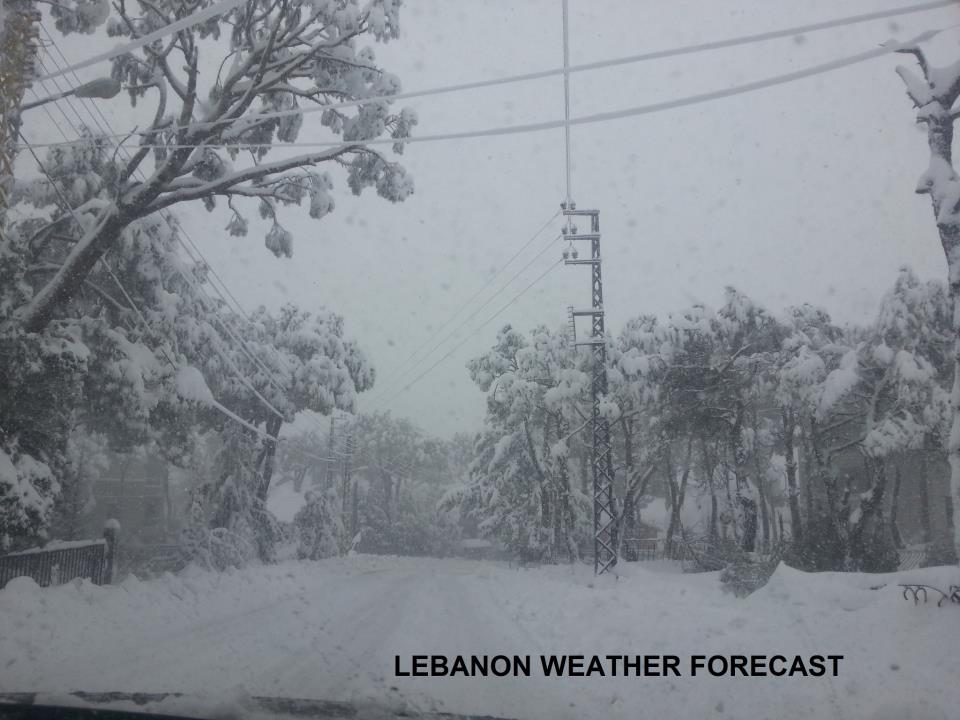 I want to talk about something else that happened. Another disadvantaged community suddenly came into light, due to a tragedy—as is usually the case, sadly. The homeless. For those who attended AUB or lived or hung out in the Hamra area, there was a familiar face that everyone knew. I knew him, I had seen him hundreds of times. He was very old, had kind eyes but looked a little disheveled. He was homeless, we all knew that. There were rumours he had been an AUB professor, and suffered from Schizofrenia, due to trauma he endured during the Civil War. But his name was Ali Abdallah, that’s something I didn’t know until he was found dead on Bliss Street Monday, many say because of the storm. Like many others, I feel guilty now that I never did anything. I’d see him, occasionally smile, and keep walking. 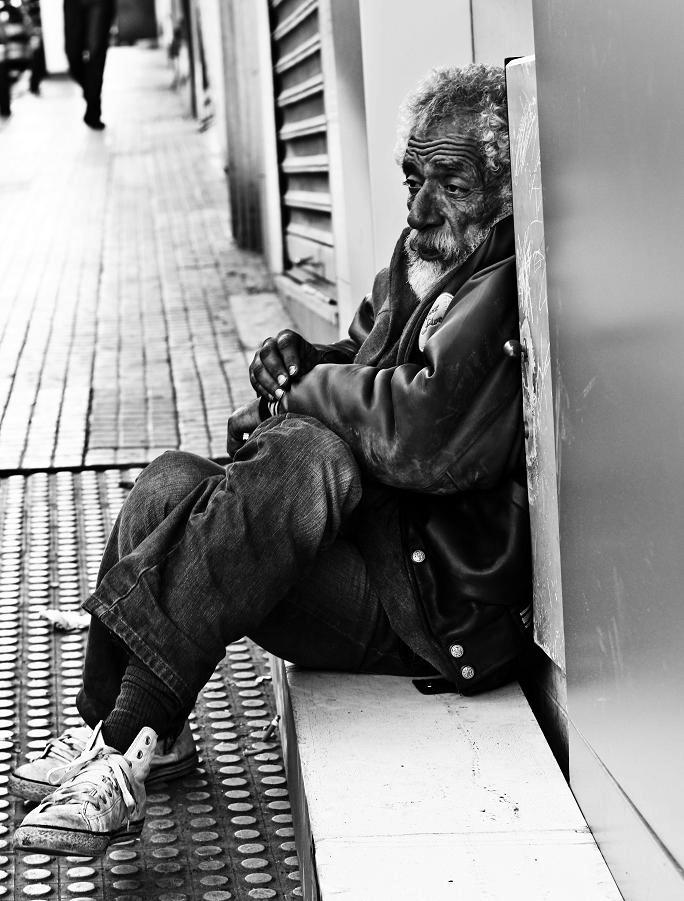 Ali Abdallah, from Humans of Beirut

This loss of an unlikely Beirut Icon launched a somewhat surprising but very endearing movement. Many AUB-ites and alumni began posting his photo on social media sites. Bloggers wrote tributes. News outlets too. People were sad. And others were angry. Some said it was disrespectful to post the photos because they had never bothered to help him while he was alive. Still others reiterated, saying it was the least they could do now that he was gone.

And then another beautiful thing happened, or I should say several:  the Ali Abdallah Foundation and Fighting Homelessness in Beirut are two initiatives to help the homeless directly inspired by Ali. They are only a couple of days old, so it’s hard to tell exactly what the long-term plans are, but in a country where there are no shelters, and little help offered to the homeless, it’s a great start. Nasawiya is also gathering  donations, and the group FoodBlessed is planning to help specifically with food donations.

Beirut, and all of Lebanon is in the eye of a storm right now. This too shall pass, for most of us. But for the poor and homeless it won’t end unless somebody does something about it. There will inevitably be skeptics who will poke holes in the budding initiatives, but it really depends on how you look at it. Of course it’s tragic what’s happening to the poor during such weather conditions. What’s more tragic perhaps is that often, we are moved to action only after we encounter misfortune. One thing is sure, Ali Abdallah is gone now. But it’s beautiful what these organizations are trying to do after his death, a kind of sad beauty perhaps. And let’s not to forget the numerous NGOs working to help refugees at the moment. For the record, the government is also set to give aid to those most affected. 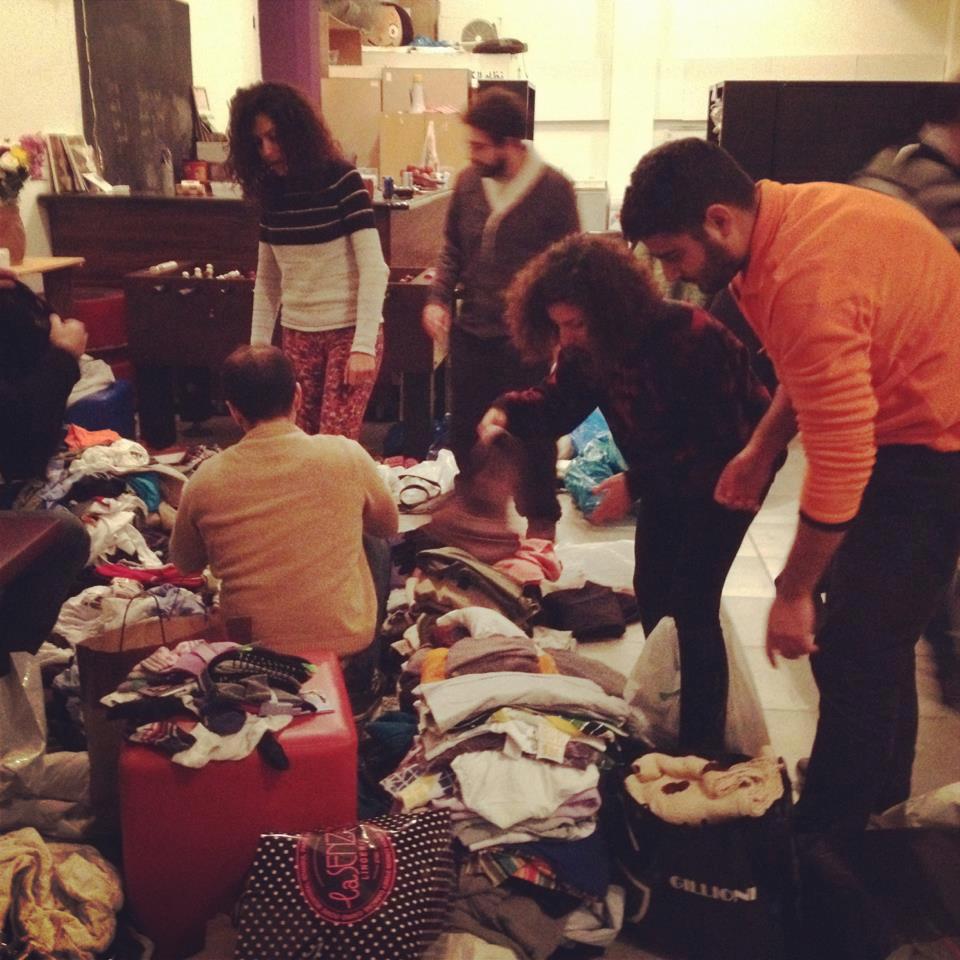 Posted by Michel Khoury in Fighting Homelessness in Beirut

RIP Ali and best of luck to the initiatives and everyone who is helping out. For the rest of y’all, stay safe as The Storm wraps up, and if you can, give a little something back to those in need. 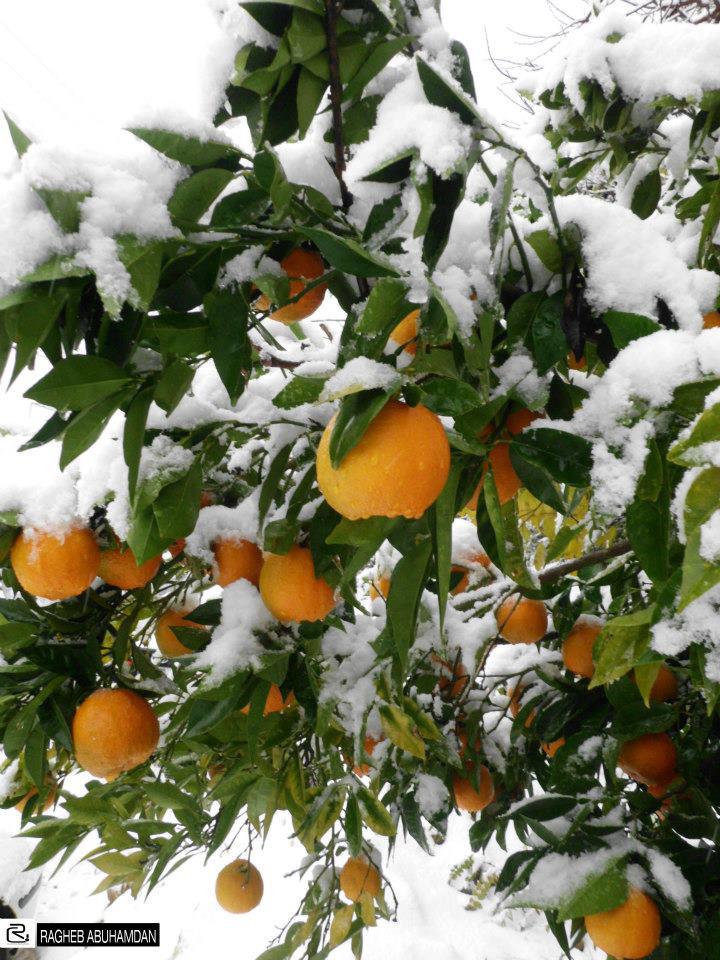