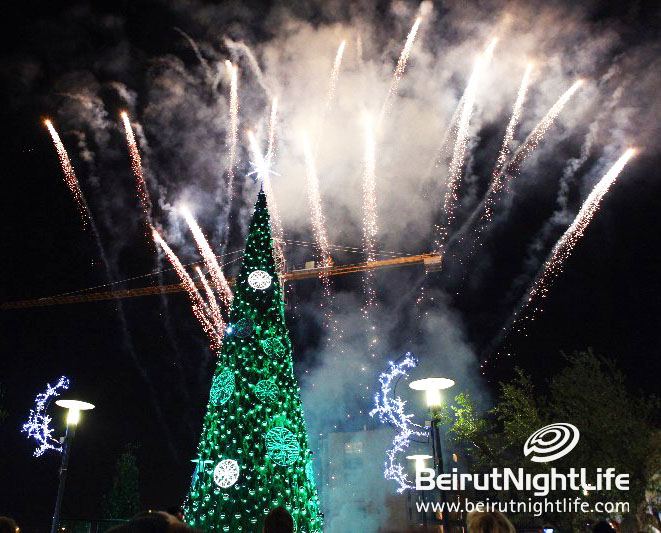 Solidere launches the Christmas and New Year Celebrations at the BCD

Once again this year, Solidere is celebrating Christmas and New Year, with the festivities of Beirut Celebrates, organized every year at the Beirut Central District. The celebrations will kick start with a Christmas Parade that will see the Star Nancy Ajram illuminating the Christmas tree. Other distinguished events will also take place, including the “Christmas Village” and the Sacred Music Festival (Beirut Chants) according to the following schedule:

5 p.m : The Christmas Parade and the tree illumination by renowned artist Nancy Ajram

6 p.m : The inauguration of the Christmas Village with Nancy Ajram

The Christmas celebrations will kick off on Saturday at 5 p.m, with Santa Claus moving with his trail from zawiyat Ibn Iraq in Beirut Souks surrounded by a large number of dancers, music bands and Christmas characters. This parade will tour all Beirut Souks to Ajami Square, where the artist Nancy Ajram will light up the tree, followed by fireworks.

At 6 p.m. Solidere will open the 1200 square-meter “Christmas Village” at Arwam Souk to the public. While at 8 p.m. the Beirut Chants Festival will be inaugurated with the French Choral “Concerto Soave” at the ST. Maroun’s Church in Gemayzeh.

Beirut’s streets will be lit, its spaces decorated with trees crowned by the central Christmas tree at the Souks.

The festive events will continue to entertain the Souks’ visitors as per the following:

The Christmas Village: A 1200 square meter space at the Venue in Souk El Awram will be dedicated for the Christmas Village, which will include Santa Claus’s home. Santa and his elves will welcome children and take pictures with them, as they will enjoy various festive activities including workshops, craft works and meeting Christmas characters.

The Beirut Chants Festival is held every day from 3 to 25 December at 8 p.m :

A number of chorals will take part in different churches at the BCD according to the attached schedule. Solidere has launched this festival in 2008, and establish it as a tradition stressing the BCD’s role as a center of religious tolerance and diversity.

Everyone is welcome to take part in the Beirut Celebrates 2011 activities.