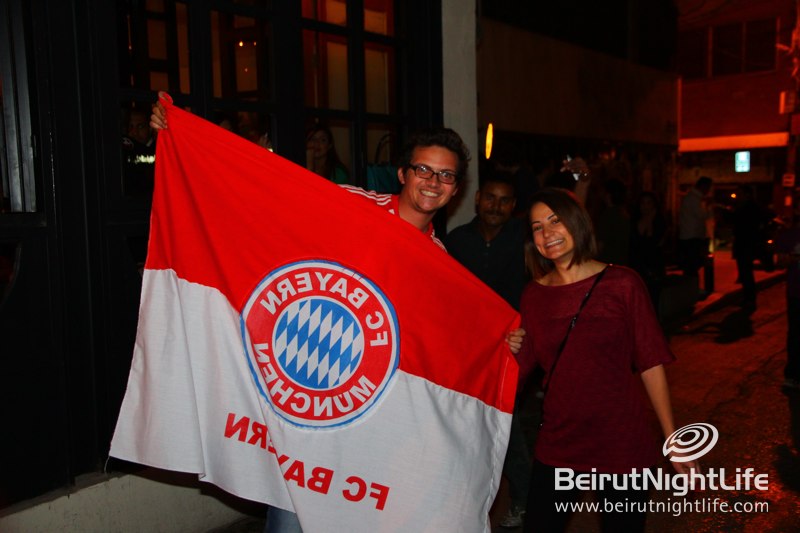 A breath taking match and neither the Spanish Real Madrid nor the German Bayern Munich could break the deadlock till penalties determined who will face Chelsea at the Allianz Arena in the final game on May 19th. Real Madrid had a great start with a 2-0 lead twice by Ronaldo, before Roben scored the penalty shot to make it 2-1. In the second half the Germans had a great display of soccer but could not manage to score leaving the aggregate 3-3 till the end of the match to head to penalty shoot out.

Real Madrid fans in Lebanon had a taste of the same poison they gave to Barcelona fans a night before after they cheered for Chelsea against the Blaugrana team.   The German side supporters and who else than Barcelona fans to support, celebrated the defeat of Real Madrid in the streets of Beirut. Honking cars, motorcycles and Bayern Munich Flags invaded the streets after a very tense game with fire works and cheers for the Bavarian side. A very sporty and intense night in Beirut!! What a game!!