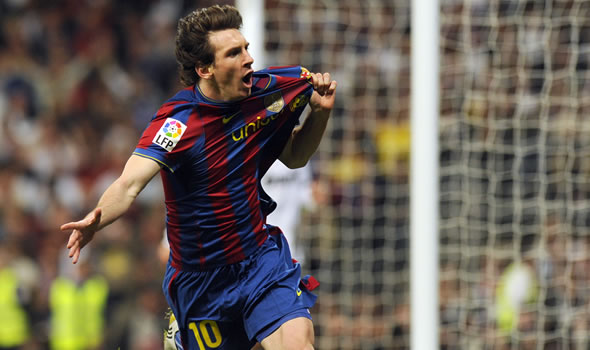 El Classico show down between the two rivals Barcelona and Real Madrid ended with a humiliating defeat for the Los Merengues 2-0 on their fortress of Santiago Bernabeu Stadium. The “Messiah” Super Lionel Messi and an early second half finish from Pedro punished Los Blancos with silence dominating the Madrid fans.

Real looked a beaten side with several players launching into several reckless challenges which amazingly didn’t earn then a booking. With the home fans leaving in disgust Pellegrini brought was devastated with the Blaugrana show. As the final whistle sounded the Barcelona players celebrated as though they had just won the title.

With a three point lead and a 100% record in the Clasico matches Barca is now eyeing the Champions league final at Bernabeu which has been their goal from the start of the season.Barcelona now is leading the race for the Spanish League title with 80 points after this win, Real Madrid coming in the second place with 77 points.

Line up for both teams: