Baalbeck: The Pride of Lebanon 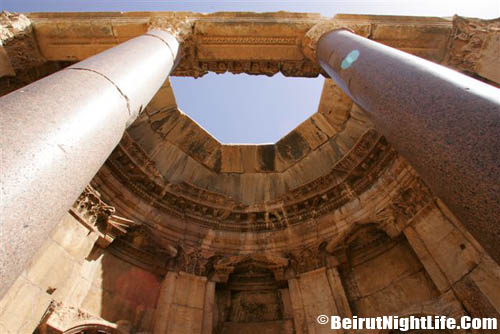 Baalbeck, a Lebanese pride in all of its meaning.. A renowned archaeologist once stated that the famous block alone would make a visit to Baalbeck worthwhile. Baalbeck, a great Roman treasure and can be categorized as one of the  wonders of the ancient world. The largest and most noble Roman temples ever built, they are also among the best preserved.

Over the centuries Baalbeck’s monuments suffered a number of misfortunate incidents including war, earthquakes and theft,  as well as from numerous medieval additions. Fortunately, the modern visitor can see the site in something close to its original form thanks to work in the past hundred years by German, French and Lebanese archaeologists. 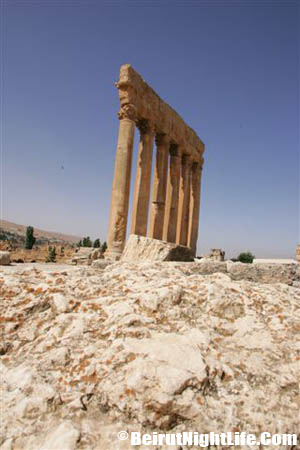 Baalbeck is located on two main ancient trade routes, one between the Mediterranean coast and the Syrian interior and the other between northern Syria and northern Occupied Palestine. The 85 kilometers from Beirut City, is an important administrative and economic center in the northern Beqaa valley.

For centuries the temples of Baalbeck lay under meters of rubble, obscured by medieval fortifications. Baalbeck’s temples were built in an era that goes back at least to the end of the third millennium B.C. The period is evidence that in the course of the 1st millennium B.C. an enclosed court was built on the ancient tell. An altar was set in the center of this court in the tradition of the biblical Semitic high places.

The way into the sanctuary is once more through the propylaea and hexagonal forecourt. The visitor now reaches the vast court of sacrifice, once encumbered by a Byzantine basilica, and now cleared to show its original state with the monumental altar and second altar flanked by ornamental pools for ritual washing. The court was surrounded by a sumptuous colonnade of 128 rose granite columns from Egypt set in front of a series of meticulously decorated exedrae. At the west end, the blocks of the great steps have been restored to their original position and now lead up the high platform of the temple of Jupiter.

The six huge columns still standing with the entablature on top give a fair idea of the vast scale of the original building. Nearby, but entirely separate from the temple of Jupiter, is the temple of Bacchus complete except for its roof, part of the peristyle and the altar. The decoration of this temple is of an unparalleled richness and delicacy and is extremely well preserved.

There are a number of  must see ruins and Islamic sites to visit in Baalbeck nearby areas including:

Baalbeck is not only about fascinating group of ruins. The city has been hosting on an annual basis one of the most exciting festivals on an international level ‘The Baalbeck International Festival’ joining the east and west have and merging them in a musical portrait from all over the world.

Moment after you step into the city, you feel the pride, the heritage, the history and the Lebanese Pride.