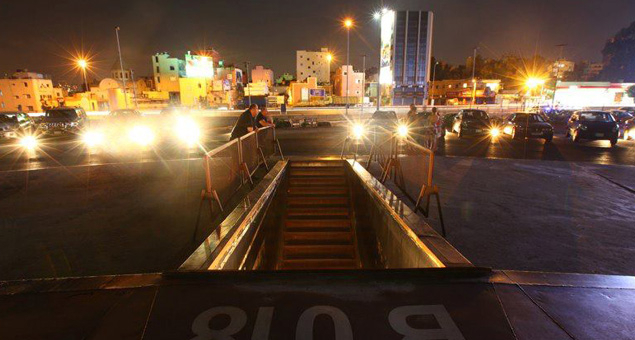 Beirut knows how amazing B018 is, and now thanks to an article on inthemix.com there’s further proof it’s a legendary nightlife landmark, not only in Lebanon but also in the world. The website’s “25 Clubs to Discover Before You Die” list featured B018, which should come as no surprise for the party goers that regularly end their nights and watch the sunrise from the Karantina hotspot. The website featured the underground nightclub at #14, saying:

“BO18 is perhaps one of the most ambitious and conceptually unique venues worldwide. Located in Karantina (a semi-industrial zone in the northeast of Lebanon’s capital city Beirut), which was the home of a Palestinian refugee camp that housed up to 20,000 evacuees during the Lebanese Civil War, B018 started as a way to use music as a form of therapy to ease the stress of wartime life.

Changing locations over the years, the current home in Karantina was chosen in 1998, and the club was designed in such a way as to reflect its location, paying tribute to those lost in the war. Aside from being sunk into the ground like a communal grave (or more light-heartedly, a bomb shelter), the club also features tables shaped like coffins and war memorabilia all over the walls.

But it’s not all doom-and-gloom: a retractable roof allows for revellers to dance under the starry Beirut night sky, and carefully placed mirrors reflect the city’s lights onto the dancefloor. Add in a top-notch sound-system, a friendly, open-minded and liberal crowd, and high calibre guests such as Hernan Cattaneo, James Zabiela and Troy Pierce, and you have the fiercely unique BO18. As Danny Howells puts it, it’s “one of the absolute best clubs in the world”.


Check out the full article here.